Beauty Gonzalez on her boyfriend: ‘He’s the best thing that happened to me’

Beauty Gonzalez shares how her current boyfriend changed her life. 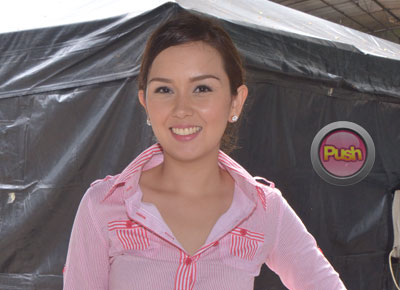 Beauty Gonzalez revealed that she is currently happily in a relationship with a non-showbiz guy 16 years her senior. “He's a businessman, he's into construction. He's older than me, much older than me. He is 16 years older than me. Pero he's not married kasi parang nagkakilala kami, we became friends for four years bago naging kami, so we had that foundation,” she said.
She shared that her boyfriend is very supportive of her career. Beauty also relayed that he serves as her motivation to work harder. “Sobrang he supports me all the way, as in wala akong mareklamo. Like now I’m preparing for a fashion show with a magazine, siya ang naghahanda ng ulam ko, siya ‘yung coach ko, psychologist, kasi siyempre pag nage-exercise ako maiinit na ulo ko, siya talaga ‘yung nagpu-push sa akin. He's the best thing that happened to me,” she said.
She also said that he supports her work in Moon of Desire. “Yeah he is [supportive],’ yung pinapanood niya ako sa TV nagco-comment siya, like ‘O ayan na naman ‘yung boses mo ang lakas lakas ng boses mo. Ano mo muna dahanan mo.’ He is very supportive.”
Beauty remarked that her boyfriend has turned her life around and made her into a better person. “Kasi dati I’m not like this. I don’t usually appreciate everything na nangyayari sa akin pero ngayon pinapa-feel niya sa akin na, ‘You know what you're so blessed with everything that is happening to you.’ Sobrang maraming nagbago sa akin nong nakilala ko siya,” she stated.
The Moon of Desire star said that she is looking forward to be settling down with him in the future. “Mag two-two years [na kami]. I hope [we’ll be settling down] kasi hindi ako papasok sa isang relasyon na I don’t see myself with a person kasi parang sayang naman ang oras non.”
Celebrity