The Many Loves of Richard Gutierrez

A look back at the life and loves of actor and new father Richard Gutierrez. A look back at the life and loves of actor and new father Richard Gutierrez.
Anne Curtis
The Dyesebel star’s romance with Richard Gutierrez was the latter’s first showbiz relationship. He was so serious about Anne that he reportedly even asked permission from Anne's ex-boyfriend Oyo Boy Sotto before courting her. Their pairing lasted for a year, even weathering a supposed “scandal” when a cellphone video of them making out while in bed was leaked. Both of them have since moved on with Anne becoming one of the country's top endorsers and happily in a long-term relationship with Erwann Heussaff, a Fil-French businessman-triathlete.
Georgina Wilson 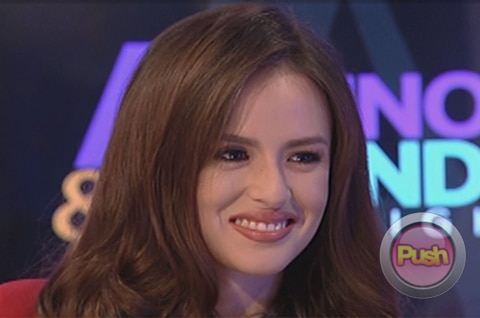 Georgina admitted that she and Richard decided to end their two-year relationship because of the distance. At that time, the Fil-British model was still finishing her double major degree in Accounting and Finance at the University of Sydney, Australia while Richard was busy with his career in the Philippines. The model-endorser now runs her own business. She recently just got back together with long-time boyfriend and fellow model Borgy Manotoc.
Jewel Mische 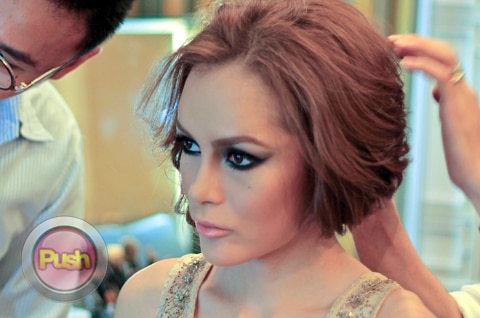 Even though she chose to keep mum about their more than three-year relationship while they were with the same network, it was only when they broke up that she spoke up about the issue. The actress who transferred to the Kapamilya network in 2011 admitted she would prefer to date a non-showbiz guy. After Richard, Jewel was then linked to Jason Abalos whom she was reportedly dated for a short period.
Solenn Heussaff They were first romantically linked when Solenn was a castaway on Survivor Philippines where Richard was the host. Then came more speculation when she became one of his leading ladies in the movie My Valentine Girls where they had a long kissing scene. But Richard quickly ended the issue by declaring that Solenn is just a good family friend and is actually one of the best friends of his twin brother Raymond. The Fil-French actress also told the press she just wanted to keep their relationship on a professional level. Solenn has been in a two-year relationship with Argentine businessman Nico Bolzico and was Vhong Navarro's leading lady this year in the Star Cinema movie Da Possessed.
Sarah Lahbati 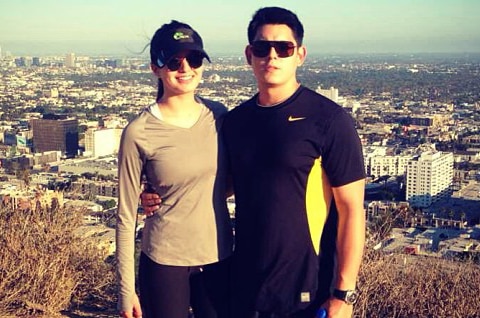 After becoming a couple in 2012 while working on the same series, former talent show contestant Sarah and Richard have long kept mum on the issue that they had a baby early last year when the Fil-Swiss actress abruptly cut her contract short with her home network and went back to Switzerland. The couple finally put all speculations to rest last June 1 during the pilot episode of their new cable reality show It Takes Gutz to be a Gutierrez where they introduced the newest member of their family, baby Zion. As of now, Sarah and Richard have admitted that they already discussed the idea of marriage but are still taking things one day at a time.
Celebrity