The former PBB host guests as a judge on noontime show. 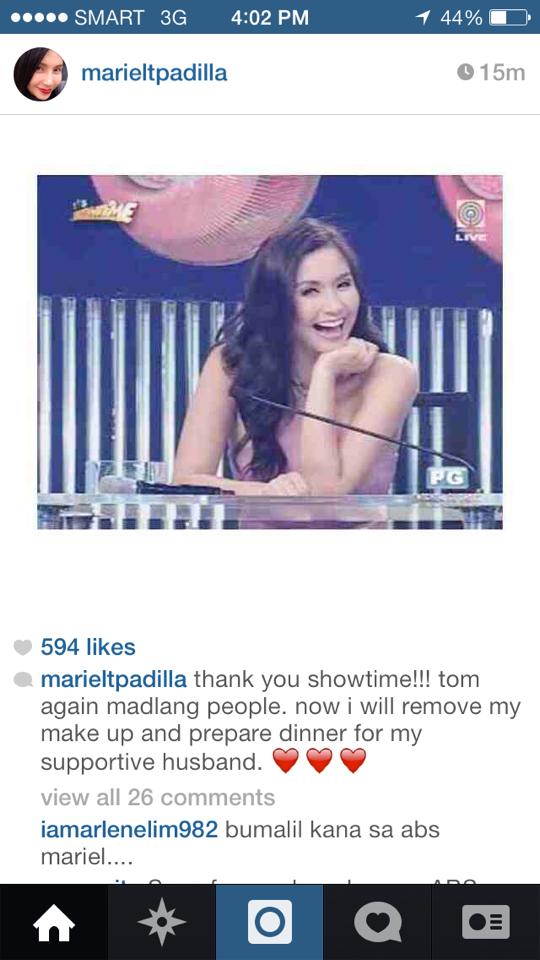 Mariel Rodriguez trended on Twitter this afternoon after she appeared again on the Kapamilya network after a long hiatus from hosting on ABS-CBN.
A guest ‘hurado’ on It’s Showtime, Mariel happily gave the madlang people a sample of the song “Fallin’” She also asked Karylle to teach her how to dance “Boom Panes.”
Mariel expressed her happiness on the public’s reaction to her guesting on her Instagram account. She also shared that she’s back to her wife duties to hubby Robin Padilla, after her stint on the noontime show.
Many netizens commented that they are happy to see Mariel on Showtime.
“Nice to see Mariel Rodriguez back on TV at sa ABS-CBN ulit,” Winston Beninsig commented on ABS-CBN’s official Facebook page.
“Nagbabalik Kapamilya si Mariel. Welcome back Mrs. Padilla!” Jacq Zulueta also positively posted on FB.
Celebrity