Phoemela Baranda: ‘I really want to focus on my relationship with Kim’

Phoemela Baranda reveals her shortcomings as a mom to Nichole and why she thinks joining ‘PBB All In’ is good for Nichole. 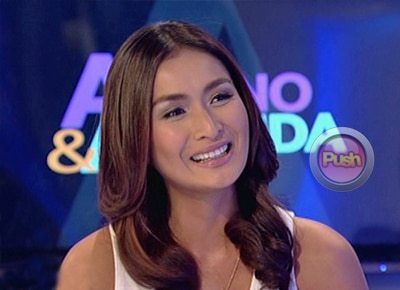 Phoemela Baranda admitted she was angry with her daughter Nichole, who is one of the housemates on hit reality show Pinoy Big Brother. “Disappointed at the same time nagalit ako sa kanya, gusto ko siyang pagalitan.” A controversial photo of Nichole came out and Phoemela is still reeling from the events that happened. She said that when Nichole, whom she fondly calls Kim, entered PBB, that’s when she was tagged with the controversial photo. Her learning as a mom from this is to be more vigilant with Nichole’s social media accounts.
She also said that she wasn’t much of a mother to Nichole before, but that recently she’s spending all her free time with Nichole. “Kumakain kami lagi, I ask her about everything, pinapangaralan ko siya. Medyo mahirap din sa akin kasi bigla akong naging mommy and ang hirap din magpangaral kasi siyempre may mga balik din sa akin na, e bakit ikaw?”
She said joining Pinoy Big Brother All In is actually a big help for Nichole. “Feeling ko hindi pa niya naiintindihan ang mga nararamdaman niya, kaya nakakatulong ang pagpasok niya sa bahay ni Kuya.” She added that all she wants is for Kim to be “open” about her feelings.
Aquino and Abunda Tonight host Boy Abunda told her to give it some time and to be patient. Phoemela agreed with this and she said she accepts that she had not been the best mom to Nichole. “If she’s giving me this chance now, kasi nagkulang naman talaga ako no’n, andami kong sama ng loob with my daughter, with my mom, nalunod ako sa trabaho, sa barkada, I was immature. I said sorry to Kim about it. I really feel guilty about those things.”
Phoemela felt unburdened though when she introduced Nichole to the public. She explained how she felt embarrassed every time she denied Nichole and would introduce Nichole as her sister or her niece. She said she has known Boy for nine years, yet she didn’t tell him the truth about Nichole. She said she didn’t know what to say and what to do at that time.
Phoemela said she fears that Nichole would fall in love inside Kuya’s house. Nichole had a boyfriend in school once and it led to a big fight between them. It was a good thing though that they became closer after they patched things up after that fight.
It isn’t natural for Nichole to call Phoemela “mom” and Phoemela shared her indescribable joy every time Nichole would call her mom. Phoemela is also not in the best of relationships right now because “gusto ko na rin mapakasal,” but she said it’s okay because “I really want to focus on my relationship with Kim.”
Celebrity