Star Circle Quest Batch 1: Where are they now? A decade since the Kapamilya reality show Star Circle Quest concluded with a grand finale at the Araneta Coliseum, Push.com.ph tracks down the top 10 finalists and takes a look at their lives now.
Hero Angeles
After emerging as the Grand Teen Questor of Star Circle Quest, Hero became active at the Kapamilya network through youth oriented programs SCQ Reload and ASAP Fanatic and as part of the fantasy series Krystala led by Judy Ann Santos. His team-up with Sandara Park was so popular that their movies Bcuz Of U and Can This Be Love were certified box office hits.
In 2005 though, Hero abruptly ended his contract with ABS-CBN and transferred to another network. It was during this time that Hero pursued a Fine Arts degree at the University of the Philippines and is now making good use of it as the endorser of Philippine Tourism shirts called the Favola Shirts, a project of the Pag-asa Social Center Foundation, Inc.
Hero recently participated in the Young People’s Business event in Italy, a project aiming to create a network of different civil society associations worldwide that work with young entrepreneurs.
Sandara Park The “Pambansang Krung Krung” may have ended up in second place during the SCQ search, but Sandara managed to have a career in movies, TV, and even music.
After returning to Korea and becoming part of the girl group 2NE1, Sandara, or Dara, became well known all throughout Asia and countries with a K-pop following. The group recently marked their fifth year anniversary with their All Or Nothing concert at the Mall of Asia Arena last May 17.
Fans got to see her on local television when she made guest appearances on various Kapamilya shows such as Aquino and Abunda Tonight, It’s Showtime, and Gandang Gabi Vice. She also made a return visit to the Pinoy Big Brother house and mingled with the PBB All In housemates.
Roxanne Guinoo Roxanne became a part of several Kapamilya shows like Palos, Florinda, Sineserye presents: Natutulog Ba Ang Diyos and Ligaw na Bulaklak before she eventually settled down to marry businessman Elton Yap in 2011. Their then four-month-old daughter Rain Eliana served as one of their flower girls.
Although she still became active in showbiz, Roxanne left ABS-CBN in 2010 and moved to another network.
Joross Gamboa 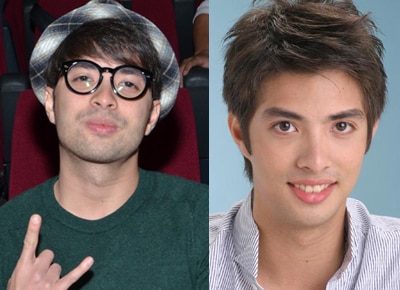 Set to be married late this year to his longtime non-showbiz girlfriend, Joross recently obtained his Mass Communication degree from the Southville International School and Colleges, a course which took him almost 13 years to complete after shifting from Computer Applications to Nursing and finally to Mass Communications.
Although he was part of many dramas, Joross has proven himself an effective comedian, as seen in the box office film Starting Over Again which starred Piolo Pascual, Toni Gonzaga, and Iza Calzado. He’s also part of the weekly sitcom Home Sweetie Home.
Melissa Ricks 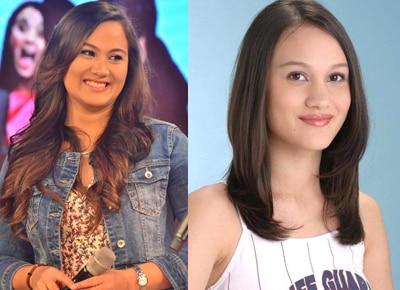 Melissa is probably the most visible one of the batch on local television. She had lead roles in shows like Pedro Penduko, Kambal sa Uma, and Nasaan Ka Elisa?
She was also part of the phenomenally successful teleserye Walang Hanggan, where she played the sometimes good, oftentimes conflicted Johanna. Melissa was last seen in the feel-good series Honesto which starred her fellow Walang Hanggan cast member Paulo Avelino. She’ll soon be seen on TV again in an installment of the legal drama Ipaglaban Mo.
Neri Naig 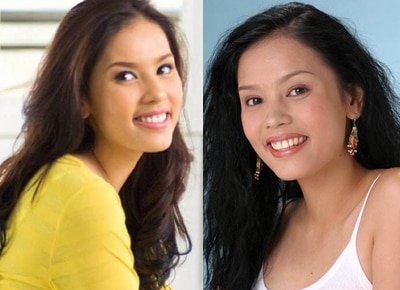 Neri was in a few shows before she “semi-retired” from the spotlight for some years. She made a few guest appearances and appeared in support roles over the years. Her last project with ABS-CBN was in the teleserye The Legal Wife, where she portrayed the role of the young Rio Locsin.
More recently, Neri became embroiled in a scandal when her sex video with boyfriend Chito Miranda was leaked online. After weathering through the scandal, Neri is now on her way to her happy ever after as the Parokya ni Edgar front man finally popped the question to her. The video of Chito’s music-video-inspired wedding proposal went viral late last week with fans expressing happiness for the couple of over two years.
Errol Abalayan The youngest in the SCQ batch 1 was in a few shows before he concentrated on his schooling instead. With a degree in Accounting, Errol is now part of the finance department of an upscale hotel.
According to Errol, only a few people in his current circle of friends know that he was once part of show business. That changed when he along with his fellow SCQ questors made a guest appearance on Gandang Gabi Vice.
Michelle Madrigal The morena beauty had a few roles on ABS-CBN shows before she moved networks. She also joined another reality show where she became quite the controversial character.
Apart from acting, Michelle has also delved into the real estate sector as an International Marketing and Sales Officer for Century Properties. When she’s not busy with work, Michelle works out or cooks healthy dishes.
Joseph Bitangcol After doing a string of ABS-CBN shows and a movie, Joseph became a freelance artist who appeared on other networks. He keeps himself busy doing indie films, theater plays, and out-of-town shows.
Raphael Martinez 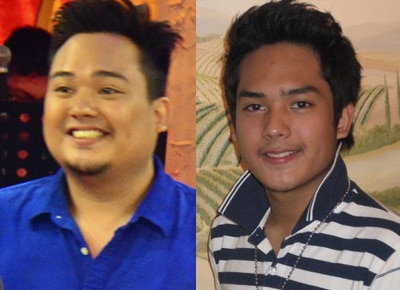 Raphael thrived outside of showbiz by pursuing a Marketing Management course in San Beda. He’s now part of the marketing team of a fire protection company.
Celebrity