Luis Manzano is ready to host ‘The Voice Kids’

Luis Manzano says he is ready to deal with the young contestants of ‘The Voice Kids.’ 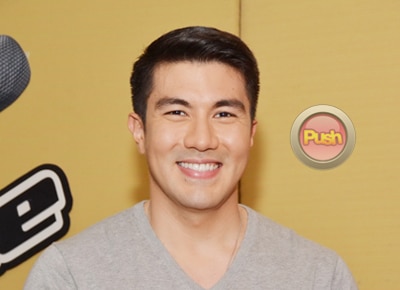 The Voice Kids host Luis Manzano is thankful to be part of the show. He feels that the concept itself is already something to be excited about. The recently-concluded blind auditions, for instance, is one of the show’s unique attributes. “It’s not about the backstory, it’s not about the looks, it’s not about the porma. It’s truly about your voice.”
This is the first season of The Voice Kids, and Luis is confident that everyone on the staff is prepared to handle the challenges that may come with dealing with the young children. He shared that all the hosts and coaches had to undergo training sessions with child experts. “In fact, before we even started, we got to talk with the child psychologist. Kahit mga coaches natin had to go through sessions with the child psychologist.”
Luis is no stranger to working with kids. “I’d like to think I was well-equipped even before I started The Voice Kids.” He started almost a decade ago, co-hosting Star Circle Kid Quest Season 1 with Be Careful With My Heart’s Jodi Sta. Maria. With SCQ, he was with kids as young as five years old. He also encountered a lot of children while hosting Minute to Win It and Pilipinas Got Talent. “Children are more fragile, more sensitive. I have to be a bit more cautious with everything I say or do.”
He believes that the kids of this season are forces to be reckoned with. “They’re so much more determined. These kids really know what they want. It’s not just the parents pushing them to do the competition. They know what they’re after: to be The Voice of the Philippines.”
Celebrity