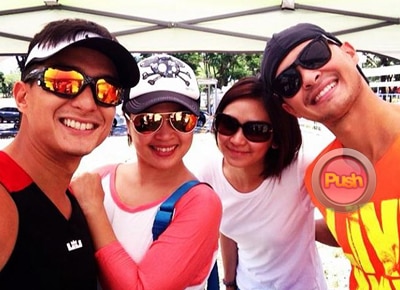 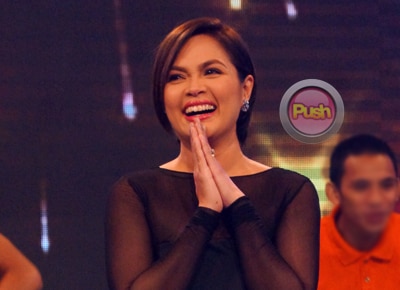 Amid the growing curiosity about the rumored blooming romance between stars Sarah Geronimo and Matteo Guidicelli, actress Judy Ann Santos has appealed for the two stars’ privacy to be respected.

"In fairness sa dalawa, wala ka namang tulak-kabigin. They respect each other. At the same time, si Matt respects her parents so much. Ganoon din si Sarah," said Juday, in a report by abs-cbnNEWS.com posted on May 21.
She underscored that their privacy ought to be respected because “'Yun lang naman ang gusto ng dalawang tao.”
The Bet On Your Baby host even candidly opined that she believes that the Pop Star Princess is on the “right path.” However she asked for the public to refrain from putting on too much pressure on the two young Kapamilya stars.
"Kung someday ano man ang mangyari sa kanilang dalawa, eh di let them be. They deserve it at huwag masyadong i-pressure kasi kapag may pressure mas lalong walang nagiging magandang bunga," she explained.
"Kung paano 'yung respeto ng mga tao sa amin nila Ryan before, hintayin natin. Matatanda na naman sila. I'm sure time will come sila mismo sasabihin nila ang dapat sabihin," Juday continued.
At this point, Juday says it is somehow impossible to deny how happy Sarah is since she is very honest and “makikita mo sa mata niya kung masaya siya o malungkot. So I guess there's really no reason to explain kung masaya siya o hindi kasi I'm sure nakikita niyo sa kanya kung masaya siya o hindi."
For her part, the known showbiz sister of the Pop Star Princess expressed her approval for the former Pinoy Biggest Loser Doubles host.
"… Matt is a good person. I can see he is really a good person at maganda ang pagpapalaki sa kanya ng mga magulang,” she said, emphasizing once that “Kung ano ang gusto nilang mangayari, time will come. Kung ano ang mangyayari ay mangyayari. Hintayin na lang natin."
According to the Kapamilya Teleserye Queen, she has consistently advised Sarah to learn how to value her happiness.
"Basta ako I'm happy she's at the right path. Just pray -- pray for guidance and pray na everything will fall into place. Basta happy siya. What is important is that she's happy kasi kapag happy siya, all of us will be happy," she ended about what she told Sarah with whom she became close on the set of their 2010 film Hating Kapatid.
Sarah and Matteo have both been evasive about revealing the true status of their relationship. However, rumors of their strengthening relationship and the rumored approval of Sarah’s mother, Mommy Divine Geronimo of their relationship, surfaced when the Ikot Ikot singer was seen at the private birthday party of the athlete-actor last March.
Celebrity