Ejay Falcon shares how accepting his stepfather is

The actor is thankful for his step dad's guidance. 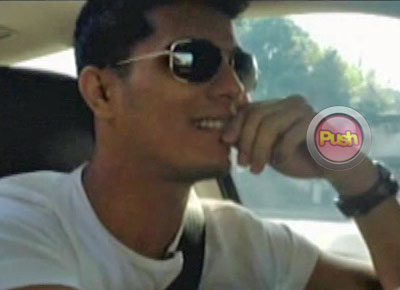 During today's episode of Kris TV, April 8, actor Ejay Falcon shared how accepting his stepfather is.
Ejay revealed that his biological father is pure French, whom he did not have a chance to be with as he disappeared from his life early on. It was his stepfather, her biological mother's husband, who accepted him and took the responsibility to be his father even before he was born. He also shared that when his mother and stepfather broke up for a while, it was his stepfather who raised him in Mindoro.
According to the former Dugong Buhay star, his parents were separated for about 8 years as his mother moved to Manila to work but the couple also reconciled, "kasi mabait naman yung tatay ko eh. Siguro naging problema namin that time yung sa pera. Then nun nagkaroon, naayos din. Pumunta ng Maynila yung mama ko para magtrabaho and then, naghiwalay sila kasi nagkaroon yung mama ko ng ibang asawa ulit" His mother had a child whom Ejay and his stepfather accepted also.
Furthermore, Ejay said that his stepfather remained single. Ejay has 5 siblings, in which of two of them, he is taking responsibility over.
Celebrity