Lauren Dyogi responds to ‘PBB All In’ backlash 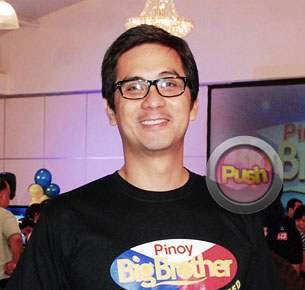 Lauren Dyogi admits that the current set of housemates are ‘telegenic’
Kapamilya TV production head and director Lauren Dyogi took to his Twitter account on April 28 to explain why and how the housemates of Pinoy Big Brother All In were selected.
The 13th season of the reality show franchise, which kicked off on Sunday, April 27 with a total of 18 housemates including some from show business like actresses Jane Oineza and Alex Gonzaga as well as Kapamilya host Phoemela Baranda’s “secret” daughter, Nichole Baranda, was met with criticism online as netizens protested the “type” of contenders that were chosen for the tilt. Some lamented how the show was only for the “famous” and the “beautiful” while others accused the show for being “scripted.”
Dyogi, in a string of twitter posts, faced the issue head on which started with him explaining the “intention” of most of the auditionees.
He added that for the most part, the audience generally follows the show for two reasons.
Much of the flak drawn by the show stems from the housemates, which many suspect didn’t really go through the rigorous and tedious process. This was addressed by Dyogi as he explained the reason how the final 18 housemates were selected from the 44,000 other who auditioned.
Unfortunately, he said, the housemates who are as naturally comic as former housemates Melissa Cantiveros, Ryan Bang, and Jayson Gainza are quite elusive these days.
He underscored that viewers these days tend to appreciate “natural” people than otherwise.
Dyogi further admitted that the current batch of housemates are indeed “telegenic” but he defended them from prejudgments which many already made about them when they first entered the famous house.
Hosted by Toni Gonzaga, Bianca Gonzalez, John Prats, and Robi Domingo, Pinoy Big Brother All In airs after Aquino and Abunda Tonight on ABS-CBN.
Celebrity