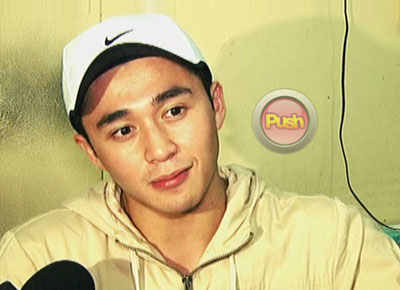 When his sister Nikki was about to leave the venue, Arron shared that she can no longer contact their driver Jeff Valdez.

A few moments after filing a report at the district anti-carnapping unit of the Philippine National Police in Camp Karingal QC, his driver Jeff was located by the police somewhere along Mindanao Avenue.

More, the Kapamila star said the police immediately went to the NLEX head office to view the CCTV footages where Jeff was supposedly dropped off.

Although, according to him, they didn’t see Jeff alighting the van in the footages he considers his driver a “victim” in the said carjacking incident.

Despite the unfortunate incident, Arron is grateful that nobody was hurt by the armed carjackers. With that he appealed to the audience for help to find the men who took his six-month old van, “Kung may mapansin man kayo na Super Grandia color white with gold lining ang conduction sticker is TW 4208 ipagbigay alam niyo lang po sa amin.”
Celebrity