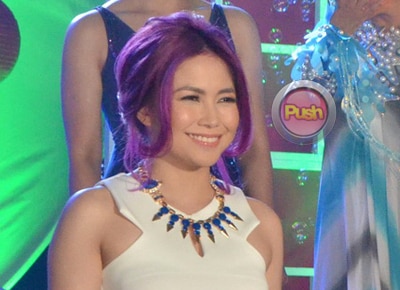 Pop Rock Princess Yeng Constantino will be saying goodbye to maidenhood soon as she announced her engagement to boyfriend Victor 'Yan' Asuncion on her Instagram account in the afternoon of March 8.
Yeng posted a photo of what appeared to be her hand on top of, presumably, Yan's hand with a shining engagement ring on it with a caption that read: "I said yes!"
The 24-year-old singer and newbie actress and the Christian worship director officially became a couple June 18 last year.
While the Pag-Ibig singer in an interview late last year for her birthday concert Plugged In has been very vocal about her immense love for her first boyfriend, she reiterated that she is in no rush to settle down. This according to her was mainly because she recognizes the fact that she got to her current status in showbiz not by chance but by years of hard work.
She even jokingly quipped that she and Yan should first be able to purchase their own home before settling down.
Although no details about the upcoming wedding has been provided on the said post, many fans nevertheless happily congratulated the couple and some 19,200 followers have already liked the photo.
Celebrity