Kris, Erich get stuck in the middle of the sea

Kris Aquino and her guests on KrisTV panic when their boat suddenly stalls. 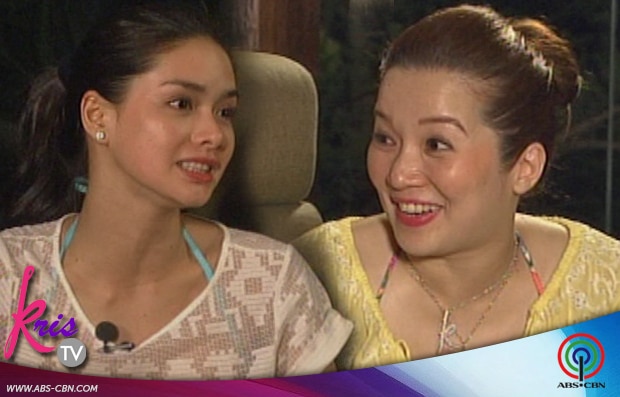 During the Kris TV episode aired today, March 19, the pump boat which transported the  show’s staff and crew including host Kris Aquino, her son Bimby, and guests Daniel Matsunaga and Erich Gonzalez, stalled in the middle of the sea as the machine overheated and malfunctioned.
The pump boat that was supposed to take them to an island in Coron, Palawan where the Two Seasons Island Resort and Spa is located, stopped working and fumed midway causing Kris and the others to panic.
At first the stars were still joking around but eventually got anxious as things got serious. Kris even said that she almost called her friends who have a chopper to rescue them while Erich resorted to stress eating snacks. Rescuers came and they were towed by a bigger boat to the island.
“Erich, aminin mo, it was an experience. At parang, sabi ko bakit ang liit liit nun island, ang layo pa. ‘Di ba kasi pag maliit, malayo pa. Sabi ko, bakit ayaw niyang lumaki? Ang tagal. May ganoong feeling talaga tapos parang magfaflash talaga na eto na, this is it. Tapos nun nakita ko si Dianne, yung isang PSG kasama, namumutla na din…nun namumutla na siya, tawag na siya ng tawag ng phone. Sabi ko, serious na to,” said Kris in an interview with Erich.
Further, Kris said that their experience has a message. “May message yun, God is everywhere so don’t fear.”
When they were finally safe, Kris immediately called her sister, Ballsy to tell her that they are alive and prayed at the local chapel in the resort.
Keep on watching, Kris TV, weekdays after Umagang Kay Ganda on ABS-CBN.
If you missed this episode of Kris TV, you may watch it on www.iwantv.com.ph.
If you are not in the Philippines, access this episode of Kris TV on www.tfc.tv.
Celebrity