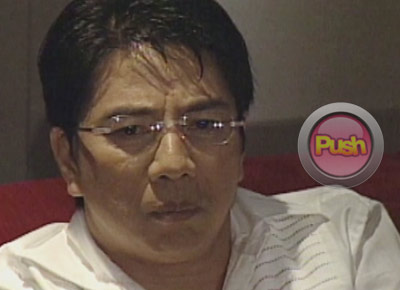 Jay Montelibano, host-comedian Willie Revillame’s manager and friend, underscored that the latter indeed goes to the casino but denied that he has been shelling out millions because of gambling.

“I’d like to say na 'yung nalulong is not true. Yes, he may have gone and played out of fun. He may already have his share of wins and losses pero 'yung malulong is not really true and it’s not accurate,” he said.

According to him, Revillame even recently purchased an Aventador, a type of a luxury sports car by world-renowned brand Lamborghini which reportedly amounts to P20 billion.

Several tabloid reports recently had Revillame on its headlines, one of the most notorious report claimed that he was held for two days in a casino allegedly due to his loss which amounted to P300 million.
“It isn’t true. Like I said, hindi siya madalas [pumunta sa casino] tulad ng napapabalita,” he said.

Furthermore, reports have it that Revillame has started to sell off some of his properties due to his multi-million peso losses in gambling.

Montelibano confirmed that Revillame has indeed disposed of some of his properties but not due to his supposed gambling addiction.

“Actually, katulad nung sa Tagaytay, meron siyang dalawang properties doon… Upon the advice of his lawyers, we have been telling him, ‘Will, kapag hindi mo na ginagamit property mo, might as well sell it and use perhaps the money,’” he said.

Last month, Revillame’s daughter, Ikaw Lamang actress Meryll Soriano also defended her father regarding the gambling issues. She said people should not judge her father on how he wants to spend his money because he earned it the hard way.

“Kasi di ba whatever he does with his life is his prerogative. He has worked hard for everything, for his wealth right now. So whatever he wants to do with that, we don’t have any right to judge or to say something about it because it’s his money,” she explained.
Celebrity