Jobert Sucaldito denies having any issue against Vice Ganda

Jobert Sucaldito respects the fact that Vice Ganda has embraced his Best Actor win amid the controversy. 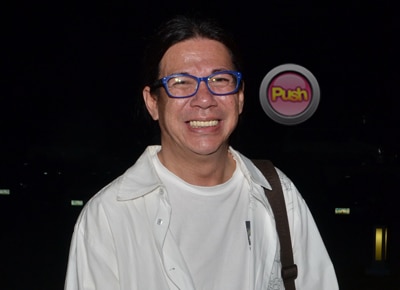 Despite revealing that Vice Ganda’s recent Best Actor win at the Star Awards for Movies was made possible allegedly by someone from the Philippine Movie Press Club’s lobbying for the award, radio personality Jobert Sucaldito underscored that it is not the It’s Showtime host’s fault.

While he has yet to speak with the Gandang Gabi Vice host, the showbiz columnist said that he doesn’t have any beef against the host-comedian. “Mahal ko ‘yan! Bago nga ‘yan umalis sabi ko ‘halika mag-kape tayo.’ Mahal ko ‘yan kaibigan ‘yan. Kumbaga we may not be the best of friends, but you know I saw that he started to humble himself eh,” Jobert said.

While he is rallying to Vice’s defense, one question remained unanswered: does he think Vice is aware of the supposed lobbying made on his behalf? “It would be unfair for Vice if I say that he has something to do with this personally. I don’t like to presume. Pero kumbaga it’s his issue now na i-confront niya ‘yun with the people who claimed na emissary niya,” Jobert said.

Jobert also cleared ER Ejercito of having any knowledge about his lobbying for the actor and his Boy Golden: Shoot to Kill leading lady KC Concepcion when he challenged the PMPC to sue him when he first spoke at length about the controversy.

What can Jobert say about Vice’s reaction? “I will respect that. Yes, he has all the right because that’s his trophy anyway. In-announce na ‘yun na siya ang winner eh,” Jobert stated.

According to Jobert, he’s fighting the corrupted system and not with the people behind PMPC. “Kasi unang-una I have many friends inside. Kumbaga it’s the system that we’re fighting. My relationships with them, para sa akin, hindi nagbabago. Nakasalubong ko sila, we still make beso,” he ended.
Celebrity