The Philippine Movie Press Club answers allegations by Jobert Sucaldito about the vote buying that happened in the deliberation of the 30th Star Awards. 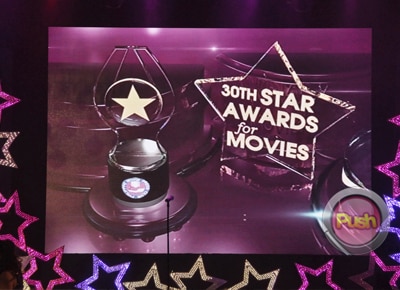 The Philippine Movie Press Club or PMPC released a statement regarding showbiz reporter Jobert Sucaldito's allegations that KC Concepcion and Vice Ganda won their awards through vote buying.
OFFICIAL  STATEMENT OF PMPC
The Philippine Movie Press Club, Inc. (PMPC) is saddened by the unfortunate turn of events at the recently-concluded 30th PMPC Star Awards for Movies.
Immediately after the awards ceremonies, a malicious allegation circulated in social media questioning the veracity of our Best.Actor winner.
We strongly refute the said allegation. The voting members gave their utmost trust and confidence to the winners in their respective categories, thereby making the results final uncontestable and sacred.
For the past three decades of Star Awards for Movies, the PMPC has weathered the hardest obstacles and has remained undaunted.
There will be forces that will try to destroy the credibility and reputation of the Club, but the PMPC will remain committed to its objectives , and no amount of intimidation and coercion can shake its foundation.
The PMPC, its Board of Directors and Members , will always stand firm on their decision.
Celebrity