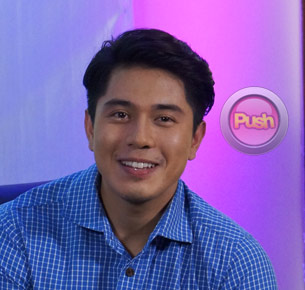 Despite the distance and time difference, Paulo Avelino shared that he's still pursuing KC Concepcion who’s now studying in the US.

He relayed that they always try to find time for each other with their busy schedules. “Now busy namin pareho eh, now I’m doing the shows here and she’s in the US taking up different classes, kumbaga we still communicate and siguro masasabi ko po na I’m inspired.”

Paulo admitted that he was going out with KC in November of last year on Buzz Ng Bayan.  “Well yeah we’re dating. Siguro I just want to keep things private,” he said during the interview.
Celebrity