Director Laurice Guillen wants to veer away from doing heavy drama this year. 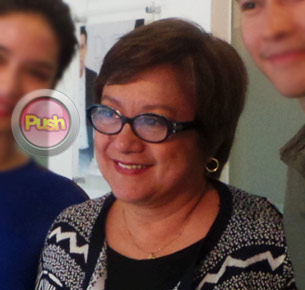 Award-winning director Laurice Guillen admitted she is looking forward to her newest project for the year Once Upon a Princess, which stars Enchong Dee and Erich Gonzales. The talented director said she is confident it will be easy to work with the two Star Magic artists since she is not totally unfamiliar with them.

“I’m excited to work with them. I’ve worked with Enchong before both in a film and a workshop. Tapos si Erich kilala ko na from a workshop before pa pero it’s my first time to work with the two of them together. They have a special chemistry kaya I look forward to working with them sa project na ito. I’ve worked with both of them na sa workshop so they’re familiar with my working style and I’m going to use the same thing and I’m really looking forward to it. Iniisip ko usually pagka may project ka and you’re working with actors for the first time hindi mo alam kung anong magiging samahan ninyo. But with them I anticipate that it’s going to be easy, creative, and very collaborative. Madaming sequences ito pero I’m sure that we can do it fast and it will be fun at the same time,” she said.

Once Upon a Princess will be shot mostly in different locations in Metro Manila, but will also have scenes in out-of-town locations like Tagaytay and Calatagan, Batangas and is scheduled to be shown in theaters nationwide by the second quarter of 2014 under Skylight Films.