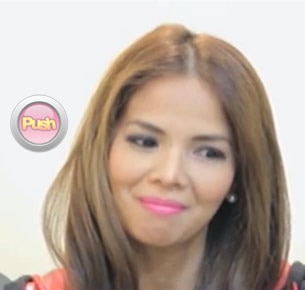 Hollywood correspondent Yong Chavez recently talked to former sexy star Patricia Javier who is now based in the US. Patricia was Cedric Lee’s ex-girlfriend.
Patricia said she cried when she saw what happened to Vhong Navarro. While she feels bad for the actor-host because of what happened to him, she said she would rather not comment on the issue. “Gusto ko munang sabihin kay Vhong na magpagaling ka. Maraming nagmamahal sayo, I think buong Pilipino at lahat ng mga kababayan natin. Maraming nagtatanong about Mr. Cedric Lee. For me, I don’t want to say anything about it kasi wala naman ako sa mga pangyayaring ‘yon. Hopefully, lahat maging maayos, kung ano man ang nangyari kay Vhong e magkaroon kayo ng justice.”
Nine years ago, Patricia left the Philippines and studied in a beauty school in America. She’s now the head esthetician in a clinic in San Diego, California. She added that leaving the Philippines was a painful decision, but one that she does not regret. “Masakit, pero I think that was the right decision for me. You know I’m so thankful when I accepted God in my life parang mas maraming blessings ang dumating, katulad nang nagkaroon ako ng asawa na masasabi kong sa akin.”
She is now married to Dr. Robert Walcher, who is a chiropractor, and they have two children. What Patricia regrets, however, was how she had a relationship with a married man. “Tao lang tayo nagkakamali pero dahil sa mga pagkakamaling ‘yon do’n naman tayo natututo.”
And having admitted that that part of her life was not something to be proud of, Patricia took the opportunity to apologize to Cedric’s family. “Gusto ko na ring humingi ng sorry sa family niya kung nasaktan ko sila, hindi ko sinasadya.”
Celebrity