Karylle was given a grand bridal shower on ASAP 19. 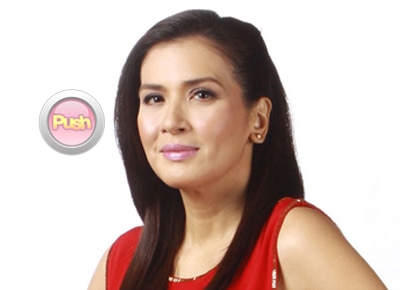 In less than a month, Karylle Padilla Tatlonghari will tie the knot with Yael Yuzon of Sponge Cola. To celebrate their union, ASAP gave Karylle a bridal shower. The couple recounted how Angeli Valenciano introduced the two of them at an E-heads Reunion Concert and thereafter, how they became twitter friends. It is also funny how they would, at about the same time, post on twitter the status-"just finished running." This gave Yael the idea that they could be running buddies because they both ran at the same time.
Sam Milby, Jed Mandela, Erik Santos and Paolo Valenciano serenaded the beautiful bride-to-be with Bruno Mars' "Marry You." Karylle also sang  "Wishin and Hopin."  She was joined by Iza Calzado, Diana Zubiri, Zia Quizon and Zsa-Zsa Padilla in her performance.
Zsa-zsa was teary eyed as she told Karylle that she wants a grandchild soon because she already wants to be a "lola." Karylle thanked her friends for all the help that they are giving her for her upcoming wedding. Karylle also thanked Paolo because she said Paolo was their Cupid and he never wavered in his faith that Karylle and Yael would end up married.
Celebrity