Daniel Padilla and Kathryn Bernardo may say they only have a "mutual understanding" but it's hard to believe when they look like a real couple with moments like these on and off camera. 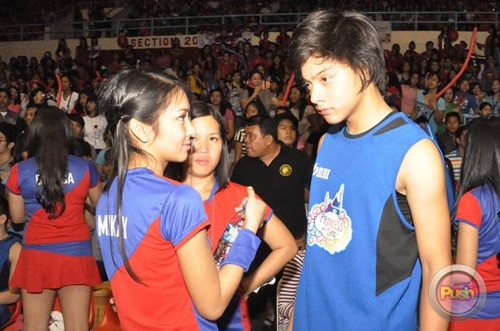 Daniel Padilla and Kathryn Bernardo may say they only have a "mutual understanding" but it's hard to believe when they look like a real couple with moments like these on and off camera.

1. Their first red carpet appearance at the Star Magic Ball Although everyone expected them to look as glam as all the other celebs that night, Kathniel certainly knew how to make a grand entrance during their 1st and 2nd appearance together at the annual Star Magic Ball. DJ looked every bit the perfect escort as he accompanied Kath everywhere during those nights.
2. That unguarded moment after his basketball injury

She looked every bit the head cheerleader and he was the star athlete during the Princess and I basketball game. An unfortunate accident had him colliding with one of UAAP's top players but at the end of the day, DJ was obviously the true winner when a very concerned Kath looked like she only had eyes for him during the awarding.
3. Their off-cam sweetness during work Even when he has finished shooting all his scenes for the day, DJ makes it a point to wait for Kath while she finishes her scenes for the day so they can go home together. Before he bought his own car, Kath was the one giving DJ a ride home. Everyone who works on the show admits the two are literally inseparable.
4. That controversial shot on the set of Got To Believe Fans were giddy with happiness when director Cathy Garcia-Molina posted what is possibly the most intimate photo of Kathniel sleeping together on the set of their show. Although some people had mixed reactions about it, even Kath's mom says she sees nothing wrong with capturing what is a very real moment between the two teen stars.
5. She supports him unselfishly 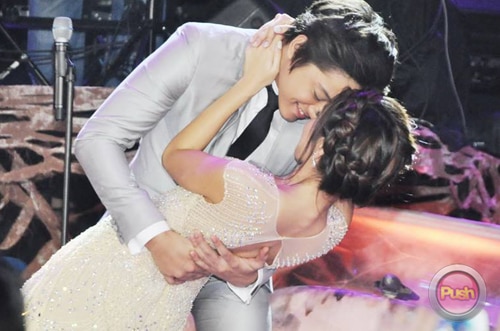 Whether it's a close friendship or a growing relationship, Kathryn makes it a point to be there for DJ even when she is not directly involved in his projects. During his concert last year, she said, "Gusto ko nga sana hindi mag-perform para mapanuod ko naman siya on stage." Sometimes it seems like Kathryn is more like a supportive girlfriend than just a love team partner. If that isn't a sign she is his biggest fan then we don't know what is!
Celebrity