Atty. Fortun cited breach of agreement as the primary reason for his resignation 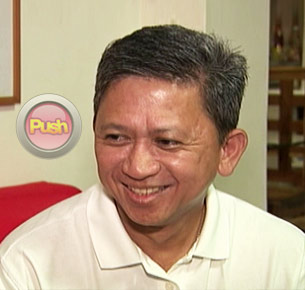 In yet another unexpected turn, Atty. Raymond Fortun on Sunday has tendered his resignation as the spokesman of controversial personalities Cedric Lee and Deniece Cornejo.
In a letter addressed to Lee, the purported leader of the group of men that mauled dancer-actor Vhong Navarro inside a condominium unit in Taguig last month and furnished to buzz ng Bayan, the lawyer cited a breach of agreement as the primary reason behind his decision.
"I had been engaged as your spokesman with the objective of being the media's contact person in all legal as well as factual issues as may be consistent with the thrust of your legal counsels. In this regard, I had faithfully complied with this mandate for the past 12 days, even at peril to my own reputation as a lawyer. Together with this mandate was an agreement that no statements shall by anybody from your group without the consent/approval of your counsels and/or spokesman. This has been breached last night," he wrote.
The breach being referred to by Atty. Fortun in the letter was the statement given by Cornejo to GMA-7 about the latest CCTV video footage released by Navarro's camp.
In the said footage which was taken a couple of hours inside the elevator of the condo unit after Navarro was attacked, Lee was seen kissing Cornejo twice which the latter reasoned to be nothing but a mere gesture of gratitude for helping her from the It's Showtime's host's attempted rape.
Fortun likewise cited the country's inability to "temper" its pre-judgments "in light of your Constitutional rights to due process, to counsel of your choice, to present a valid and lawful defense, and to confront your accusers in the proper legal setting" as another reason why he's withdrawing his services for Lee and Cornejo.
"The past several days had made me realize that this country is NOT YET READY to accept these legal concepts," he said.
According to Fortun the blame for this unpreparedness to proper due process can be blamed to the "inaccurate reportage and the unprofessional actions of certain law enforcement agencies.
Saying his resignation is effective immediately. Fortun wished Lee the best for his case and ended his letter with "may justice prevail."
Celebrity