Five things we learned from 'Starting Over Again'

Push lists down some life lessons from 'Starting Over Again' 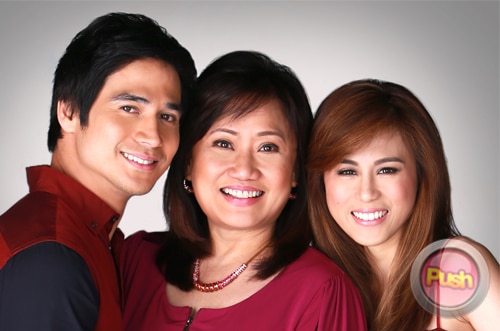 Star Cinema’s Starting Over Again is already a hit at the box office, but the film also offers some practical advice on handling matters of the heart.
Honesty is key
Honesty is something you owe to the person you love who deserves for being in your life. No sugar coatings. No half-truths. No little white lies. Just the plain truth which they deserve to hear from you whether it hurts them or not.
Fight for what is yours, let go of what is not
Some people might have a tough time determining what is theirs and what is not. Just like Ginny’s case. She didn’t fight for Marco and in fact, left him wounded. When she wanted to win him back, Patty was already in Marco’s life and intent on staying there.
You write your own story
Don’t leave everything to fate. While it may steer you towards a different path every once in a while, at the end of the day it’s up to you to make the choices and do whatever you need to get to where you want to be.
Real friends don’t just watch you ‘die’
This was a line uttered by Cai Cortez’s character to Ginny. Your true friends won’t let you do stupid things. They would tell you the truth, no matter how harsh it is.
Sure they might condone your crazy whims at first, especially when you’re brokenhearted, but true friends won’t let you do something that you might end up regretting.
Never lose sight of your goals and who you are
Being in love doesn’t give you the license to slack off which is exactly what Ginny’s father did. Just because you have someone by your side madly in love with you doesn’t mean you should stop dreaming and striving and eventually achieving great things. Remember that being in love means being inspired to improve and become the best version of yourself and not to be reduced to someone mediocre and complacent.
Celebrity