The singer and former beauty queen got hitched in California. Aiza Seguerra and Liza Dino tied the knot in California today, December 8, 2014 (US time).The intimate wedding was attended by the couple's family and friends. "Since medyo nagiging public na 'yung relationship namin ngayon we want to be with the people who really supported and really loved us. Sa awa ng Diyos ang dami namang taong ganyan sa amin,” Aiza said in her previous interviews.
The couple was engaged last February. Aiza proposed to Liza during the Kung Paano Maghihiwalay play in UP Diliman. Aiza previously said she and Liza will still hold a wedding ceremony in the Philippines despite the lack of same-sex marriage laws in the country after tying the knot in the US. "'Yung ceremony with family and friends here, first quarter of next year," Aiza revealed.
During their live-guesting in The Buzz last August, the couple said they are planning to have a baby through artificial insemination after getting married in the U.S. The sperm cell would come from an anonymous donor. "Initially we were thinking na siguro a friend of ours para siguro kilala namin. Kaso baka maging mas complicated siya in the process," Liza stated. 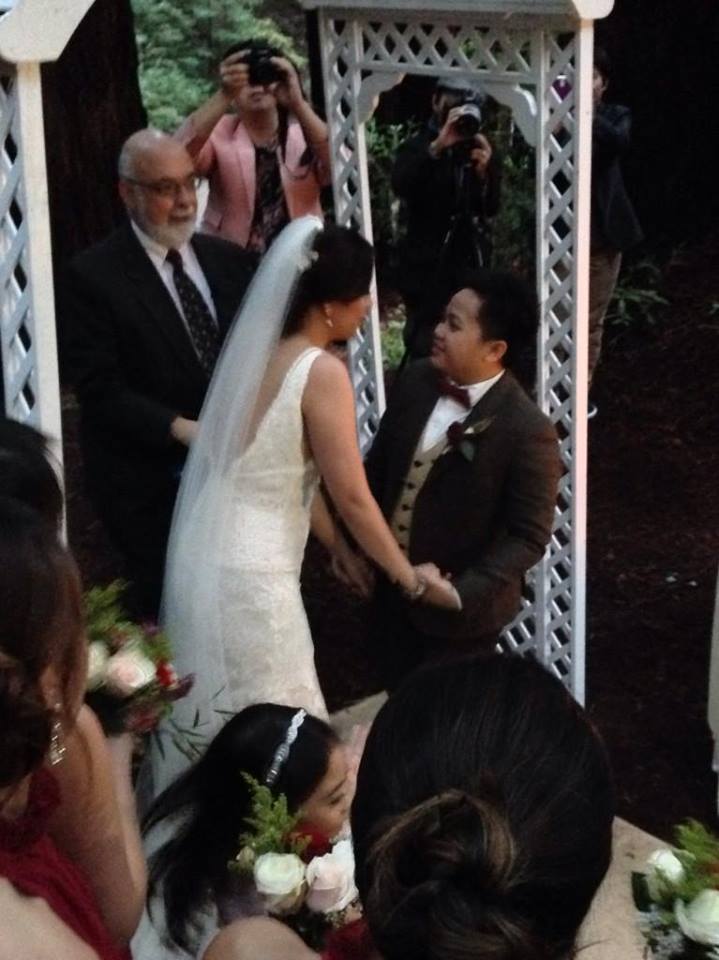