Bianca Gonzalez and JC Intal tie the knot in Palawan 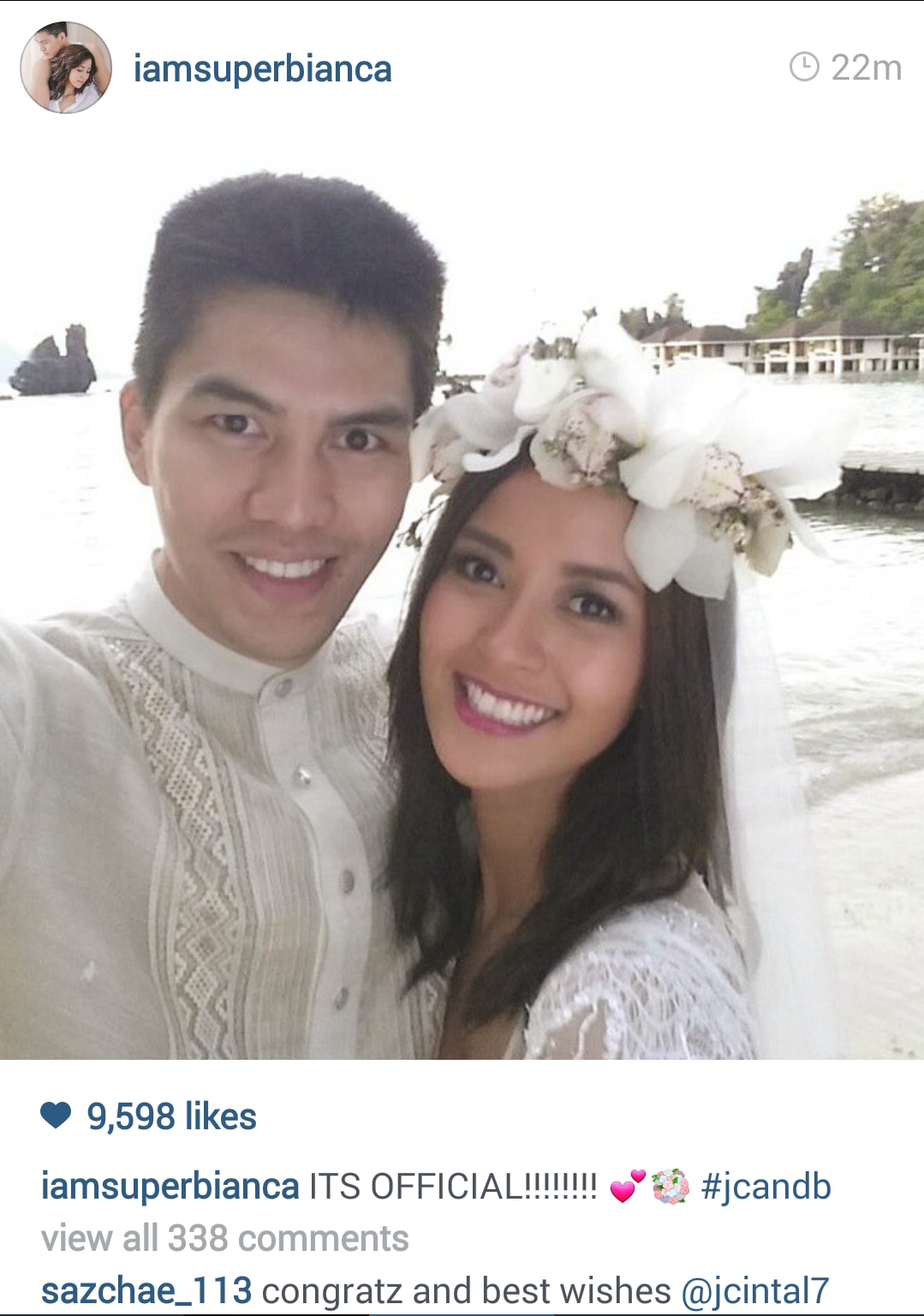 Almost nine months since they got engaged , Bianca Gonzalez and JC Intal finally tied the knot on December 4 in an intimate Catholic wedding ceremony in Lagen Island, Palawan.
The couple’s sunset wedding was attended by only fifty guests including their respective families and their closest friends as wedding guests.
While Bianca had been mum in revealing who were her principal sponsors on their wedding day, the couple’s invitation revealed that she had seven pairs of ninongs and ninangs. Among them were husband-and-wife, Senator Alan and Congresswoman Lani Cayetano, ABS-CBN TV Production Head Lauren Dyogi, businessman Ramon Ang, news anchor Karen Davila, and Kapamilya hosts Kris Aquino and Boy Abunda. The last three celebrities however were not able to attend the couple’s wedding.
Meanwhile their entourage included JC’s best friend, cager Doug Kramer as one of the Best Men while his wife Cheska Kramer was a secondary sponsor. Bianca’s family was also part of the entourage. Her sister Aissa was her Maid of Honor while her brother JC, took on the Man of Honor spot.
The couple as well as their entourage flew to the venue a day before their wedding and even hosted an intimate cocktail dinner with their guests.
See below the photos of the couple’s wedding: Details of their wedding day A couple of weeks ago, the couple sent out a unique invite to friends which indicated that they would be having their wedding celebration in Araneta Coliseum on December 10.