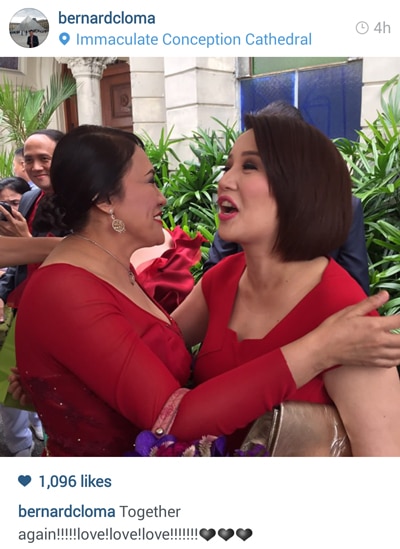 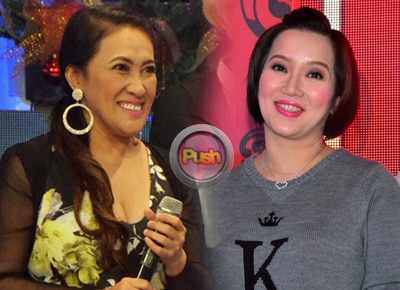 It was no less than the much-awaited wedding of couple Dingdong Dantes and Marian Rivera that paved the way for the patching up of friends Ai Ai delas Alas and Kris Aquino.
Both Ai Ai and Kris were present at the church wedding ceremony of Marian and Dingdong held at the Immaculate Conception Parish Church in Cubao, Quezon City in the afternoon of December 30.
Kris was among Marian and Dingdong's principal sponsors while Ai Ai was part of the wedding entourage.
Their patching up actually happened prior to the wedding with Kris approaching the comedienne.
It was through the social media posts of the other wedding guests that the news broke off to the public.
According to reports Kris told Ai Ai, "Peace na tayo!"
Other posts claimed that the Feng Shui 2 actress even gave a "peace offering" for the EDM performer. 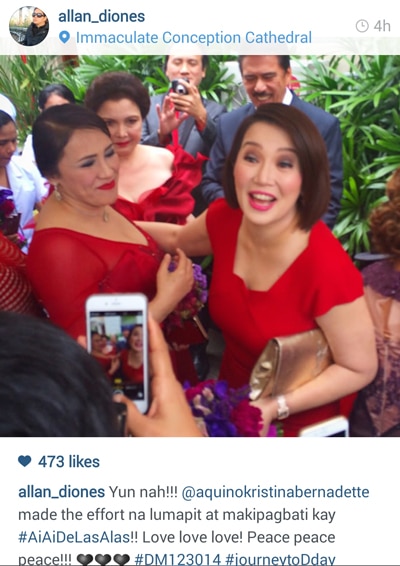 Reports of the former friends rift made rounds mid this year which allegedly stemmed from Kris' absence from the necrological services after Ai Ai's biological mother died.
Kris was said to be in London when Ai Ai's mother passed away.
Celebrity