Rita Avila receives a letter from the Pope

Rita Avila receives a letter from the Pope after sending to him two of her books. 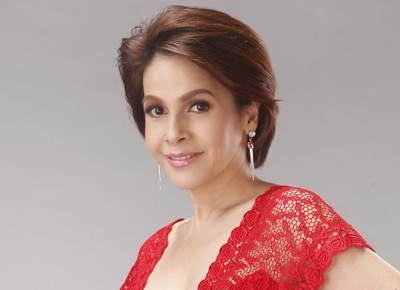 Almost a month before Pope Francis’s visit to the country, Rita Avila managed to get a surprise from him. The seasoned actress, who is also a children’s book writer, wrote The Invisible Wings and 8 Ways to Comfort with Grace, copies of which are now in the Pope’s hands.
Rita shared the news on her Instagram account. The letter from the Holy See was written by Monsignor Peter B. Wells, an official of the Vatican Secretariat of State.

#PopeFrancis #HolyFather #Vatican #gratitude #thankyou On the 8th Death Anniversary of our angel son Elia Jesu, my husband & I received this letter from the Vatican. My books "8 Ways to Comfort with Grace" & "The Invisible Wings" are in the hands of Pope Francis! Thank You Lord Jesus! ?? #8waystocomfortwithgrace #theinvisiblewings #stpaulsbookstore

"The Holy Father wishes me to express his gratitude for the kind gift of inscribed copies of your books. He appreciates the sentiments which prompted you to share your writings with him," the letter read.
"His Holiness will remember you and your husband in his prayers. He invokes upon you God's blessings of strength and peace."
Rita shared that the letter came at a perfect time, just when she and her husband, Two Wives director FM Reyes, are observing the eighth death anniversary of their son who died of a heart disorder.
Photo credits: www.showbiz-portal.com
Celebrity