Karl Tanhueco impresses Coach Lea Salonga with his rendition of John Legend’s “All of Me.” 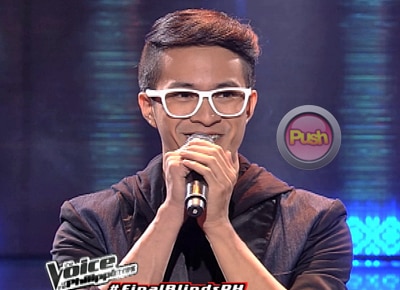 A native of Pampanga, Karl says he wants to get his break in show business, where people will recognize his talents and at the same time he will be able to provide for his family.

The son of a tricycle driver and public school teacher, Coach Lea says she appreciated his clear diction despite wearing braces.

Watch Karl Tanhueco’s version of “All of Me” below: