The former SCQ Teen becomes emotional after her father's speech. Melissa Ricks was overwhelmed with the support of family and friends as they celebrated her baby shower this afternoon in a function room in Greenhills. Expecting a baby girl this January 2015, the actress looked very pretty wearing a pink dress.
Present at the party were Melissa’s dad and some of her partner Charles Togezaki’s family members. Celebrity friends Bianca Manalo, Empress, Gretchen Fullido, and Tom Taus joined in the fun parlor games while Paolo Avelino and Ara Mina and partner Patrick Meneses dropped by to congratulate Melissa for her coming bundle of joy. Former Pinoy Big Brother housemate Rica Paras hosted the event.
The 24-year-old star became teary-eyed when her father gave a short speech.
“Thank you everyone sa love and support, and for coming today, of course. To my dad and to my new family that's welcoming me,” Melissa said.
Below are more photos of Melissa’s baby shower: 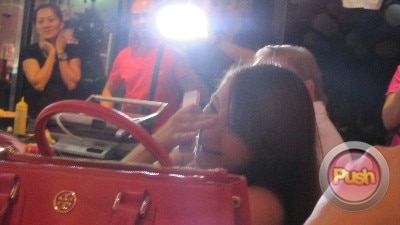 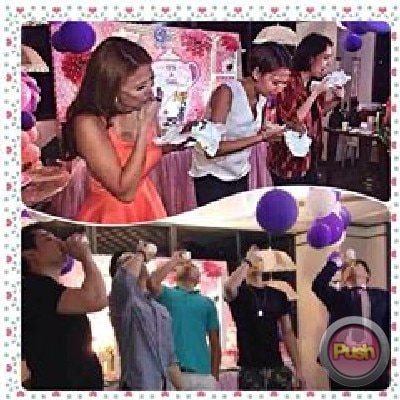