Anne Curtis on hosting her own magazine show: ‘It's something I haven't done before’

Anne Curtis is excited to go all around Manila for the best fashion and food finds. 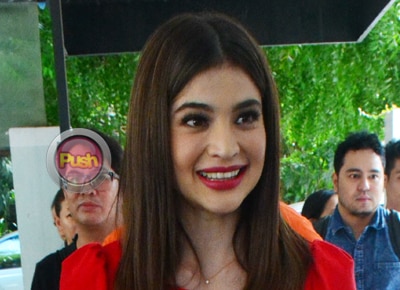 Anne Curtis admitted she is excited to start taping for a new six-part magazine style series for the Lifetime Channel later this month. “I'm just so honored that the network chose me here in the Philippines because it's a channel that I've been a fan of for a long time and the quality of programs that they come up with just amazes me so to be here I'm just very, very excited to be working with Lifetime. I'm very excited to share that with everyone that I will be having a local production for Lifetime Channel that I'll be the host of. I think is great for Manila because as you know we have one of the quirkiest and most interesting places in the planet. I think Lifetime wants us to feature a different side to it. They want to show that we are actually hip and trendy,” she said during the Lifetime With Ann presscon held last November 9 at the Romulo cafe in Quezon City.

The 29-year-old actress-host said she looks forward to many new experiences with her latest show. “It's called F Word Out Loud with Anne Curtis so we're going to be touring around Manila and showing them an insider's perspective of how Pinoys are actually trendy and how we have a different world here. It will be cool and it will be about fun, fashion and food which is perfect for Manila. I'm very excited to be sharing this with everyone. It's something I haven't done before and you know there's so much to show here when it comes to fashion. It will just be great. And of course, it's more fun in the Philippines,” she admitted.

With F Word Out Loud with Anne Curtis to start taping episodes later this month, the Lifetime Channel plans to air the show sometime second quarter of 2015. Anne said she is very involved in the show. “We did do some brainstorming already so let's just say that when it comes to fashion, we have some of the best designers here but that doesn't necessarily mean that's what we're going to feature. We can go beyond that. We can show them how to dress na parang less is for more. If we go to Divisoria, grabe naman yung bargaining dun so we can show them that this is what we have in Manila. I'm very excited about that because I've only been to Divisoria maybe twice so it will be a great and fun experience for myself also. And then when it comes to food I have a boyfriend who is quite the foodie so he knows about the hole-in-the-wall restaurants that are opening all over Manila. I think we're going to do a feature on that. There's just so much we can share,” she added.

Even with her busy work schedule, the It’s Showtime host admitted she also enjoys watching shows when she's at home or hanging out with her boyfriend Erwan Heussaff. “I think I'm not alone when I say that everyone watches [the] Ellen DeGeneres show. So I'm a big fan of that. For me I just like all the little discoveries that they have on the show. The little girls and the little boy singing Bruno Mars so I really enjoy watching Ellen when they have new features like that. Another one is something I enjoy watching with my boyfriend is Master Chef Australia. Of course now just because I'm half-Australian (laughs) but it's just something that I enjoy watching because I love food and I love eating. It makes me hungry every time I watch it so those are definitely my top two shows,” she said.

As a Lifetime Channel host, Anne said she is also excited for their upcoming shows. “With the Christmas season happening, it's just around the corner, so to celebrate the holidays they have original movies and one that I'm super excited about is Grumpy Cat's First Christmas Ever because I'm a super cat lover. I have a cat named Mogwai. This is something that I think I'll enjoy and find super cute,” she adds.

When asked how the Fil-Australian beauty keeps herself always looking fabulous, Anne said, “It's happiness. And having fun, fashion and food in my life.”