Will Jewel Mische settle down for good in the US after getting married?

Jewel Mische says that she is already excited to get married to fiancé Alister. 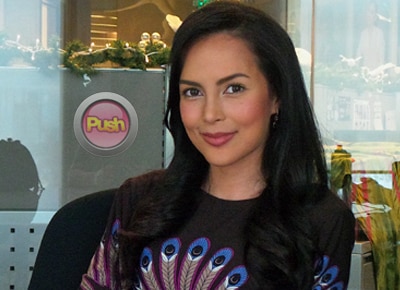 Jewel Mische is set to get married this coming winter season to her fiance Alister who lives in the United States. The actress admitted that before she met Alister, she thought she would stay single forever.
"When we met, I wasn’t going to get married at all because of my past experience [with] love. It was traumatic for me but for me I was okay na, I was delivered and restored already but I was very, very, happy being single so I thought, 'You know what I could live like this for the rest of my life. I don’t have to get married.’”
She further relayed, “So when we met definitely, I wasn’t looking for a man but the more we talked and the more we got to know each other, the more we realized that you know we like each other and as for me he sounds exactly like how I envision my future husband to be and it's the same way for him.”
The 24-year-old actress shared that even her mother likes Alister very much. “My mom is different, she doesn’t want me to get married until I turn 30 even before meeting Alister, but when she met Alister in person sobrang gusto niya si Alister, especially my grandparents they love him a lot.”
The actress got engaged last December and she flew to the United States this year to spend time with Alister and his family. "Right after my show Paraiso last year, I went back to school to finish my music course. I graduated last March and then right after that I went to States because I was engaged already and I told myself it's going to be worth it. It was very much fun, more than what I expected because I wasn’t going to stay there for six months. I was going to stay there for three months but it flew so fast and I thought I’m going to extend for another three months and we filed for the fiance visa.”
When asked if whether she will return to showbiz or will she will settle down for good in the US after she gets married, Jewel shared, "It's hard to say what's going to happen in the future but I am just so excited right now to get married so much. Right now I can't wait but you know an actor will always be an actor. Ang plan namin talaga is after getting married we want to travel together. We don't know where God will place us yet but he's willing to move here."
Celebrity