Iya Villania transfers to other network

Iya has been a Kapamilya star for almost a decade before jumping ship again. Iya Villania took to her Instagram account on Wednesday to share her biggest career decision to date—that is to go back to the network where she started. 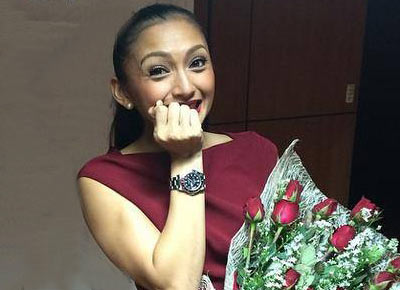 The dancer-host who’s been part of the network for almost a decade made her fans know of her big move via a photo.
In a separate post, the Fil-Australian star even shared her excitement over the warm welcome given to her by GMA network’s executives.
She wrote as an accompanying caption to the post,”The presence of the bosses is definitely what made it real for me awhile ago! ?? Made me feel special! Hahaa! ?? With the Chairman and CEO of gma network - Atty Felipe Gozon, Senior Vice President of GMA Network - Lilybeth Rasonable, Vice President of GMA Entertainment - Marivin Arayata, Vice President for Drama and Entertainment TV - Redgie Magno and Senior Asst. Vice Pres. of GMA Entertainment TV - Gigi Santiago ?? Thank you for the welcome ?? it's nice to be back ??”
Iya’s best known for her exceptional dancing skills and as part of ASAP’s first batch of It Girls composed of her, Maja Salvador, Bea Alonzo, Shaina Magdayao, and Anne Curtis.
But she is best known in the Kapamilya network as a host for shows like I Dare You, Wowowee and US Girls. Apart from that Iya’s became a staple figure for MYX viewers as a VJ for almost a decade as well.
Other than hosting and dancing, Iya also used to be part of a Kapamilya soaps like Lastikman, Only You and just last year, Apoy sa Dagat starring Piolo Pascual and Angelica Panganiban.
Celebrity