Charice admits to Oprah she thought of committing suicide

Charice confesses to Oprah that she once thought of ending her life and shares her journey in coming out as gay. 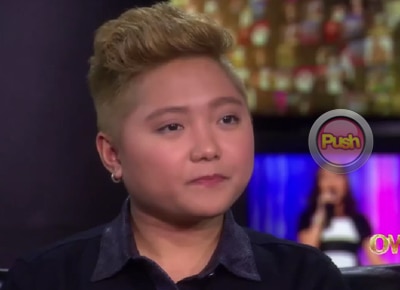 The singer also discussed with Oprah how she struggled with the death of her father. "When my father was murdered, that’s when everything fell apart. We didn’t have any closure. I saw him lying there and I regretted everything." Charice was not in speaking terms with her dad for 15 years.

Charice also shared to Oprah her journey in coming out as gay. “Before I came out I was already a mess. It felt like a character that I was portraying for my mom, for my family to be happy. That night when I was thinking about coming out, I was ready to lose my career, ready to lose my fans, I was confident that I wouldn't lose my family because I knew that eventually they would understand me,” she stated.

She further shared that she already knew that she was gay since she was still very young. “I knew when I was five. I just want to share my story to help other people out there who have a similar situation to mine about being gay."

When she was asked by Oprah if she is planning to change her body into a man, the singer commented, "Not exactly transitioning to like a 'male male' but basically like, my soul is male, but I'm not going to change everything,” she said. She added, “Not change my body, I would change like, this look you know? Like I cut my hair and wear boy clothes and everything, but that’s all.”