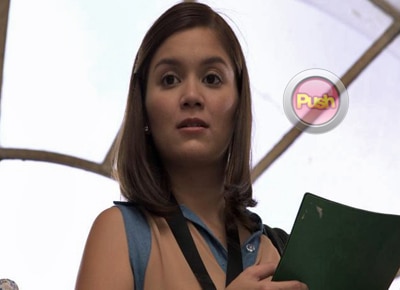 After taking a hiatus in showbiz, actress Nadine Samonte is finally back and with a big revelation--- that she is now married and has actually been for almost a year to her then-fiance Richard Chua.
Nadine has announced mid last year about her engagement to former actress Isabel Rivas' son a few months after she introduced him to the public.
“Nagkakilala kami. After a week, naging kami.  ‘Tapos, after three months, nag-propose siya in a building. After six months, we got married,” revealed the actress in a report by PEP.
The wedding took place in a farm owned by Isabel in Zambales with just a few guests.
Nadine explained that the reason why they opted to keep their wedding under wraps for a year was because, “We’re waiting for the right time."
"Halos lahat nga sa family ko ay wala din dun, iilan lang. Nandun din ang family niya, pero hindi kumpleto lahat. 'Yun nga, para ma-enjoy namin 'yung privacy," she said.
Nadine continued, “Pati mga ninong at ninang, mga close din naming lahat, kaya wala talagang nagsalita. Na-keep din nila lahat. Walang media, walang naglabas ng pictures."
Had they not been prodded to admit, Nadine shared that she and her husband were actually making the big reveal on their first anniversary on October 30.
“Hintayin niyo na lang, may announcement kaming gagawin sa October 30—our first year anniversary. Basta ngayong October, ilalabas naman naming lahat,” the actress shared.
The couple shared in the report that they had their first honeymoon in Hong Kong and will be leaving for Bali this coming 28th to take their second one.
Celebrity