Jericho was also mum as to whether a replacement for John Lloyd has been chosen. 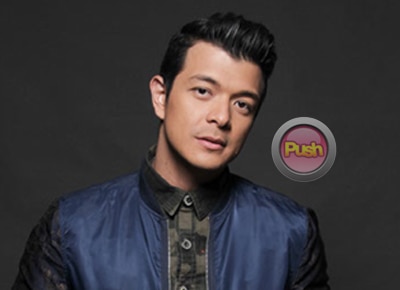 Actor Jericho Rosales opts to stay mum amid rumors of his co-star John Lloyd Cruz’s withdrawal from their upcoming soap with Maja Salvador.

The soap with the working title Bridges was announced last August by ABS-CBN’s Star Creatives, the team behind hit soap The Legal Wife.

"Well, I can't release any official statement, eh, as of now," Jericho replied when asked about the rumor in an event on Tuesday.

He added, "'Di ako na-instruct na mag-release ng any information about it, but all I can say is tuloy 'yung show at nag-su-shoot kami ngayon. In fact, this week meron kaming isa pang shoot."

Maja and Jericho have started filming for the soap last September 12.

Jericho likewise kept mum when asked if a replacement for Cruz has already been chosen, “"I'll just wait for the station to announce whatever."

Bridges is the second project to be done by Maja and Jericho and according to him “almost 70%” of the team that will be working on it will be the same as the ones who helmed  including director Dado Lomibao.

Before speculations could be made, Jericho clarified that Bridges would take on a totally different theme from the mistress theme of TLW.

To bolster his claim, Jericho highlighted that he and Maja would actually be showcasing a different brand of acting for Bridges.

He added: "Sobrang saya namin ni Maja na magkasama ulit kami, together with 'The Legal Wife' team. We're so blessed to have this show."