Inigo Pascual says DNA test not a big deal to him

Inigo Pascual says why he is ready for showbiz, reveals how generous his dad Piolo Pascual is. 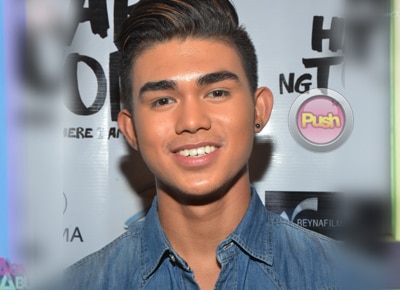 On Aquino and Abunda Tonight, Inigo Pascual said he is ready for showbiz and everything it entails, including the intrigues.
He said that being the son of Piolo Pascual has prepared him for this world. However, he admitted that his mom is sometimes affected with issues that are being hurled at Piolo. Whenever this happens, Inigo reminds his mom that it’s “all part of it and we should accept the negative side” that comes with showbiz.
Inigo also shared that being the son of Piolo has its positive and negative side. He didn’t elaborate but Inigo stressed that he is grateful that Piolo is his dad.
Inigo doesn’t deny that he underwent paternity/DNA test when he was “one or two years old.” Asked for his reaction regarding this, Inigo said, “I don’t know how to react about it.” He added that it happened way back and it isn’t a big deal now.
Inigo also shared how generous and sweet Piolo is as a Dad. Inigo revealed that not only does he get a monthly allowance from Piolo, his dad also “randomly gives (me) money.” And when he asks Piolo what the money is for, Piolo would say, “just for hanging out with me.
Hosts Boy Abunda and Kris Aquino apparently found Inigo endearing for being well-mannered, good-looking, articulate, and humble and said they are rooting for him.
Celebrity