Cris Villonco reveals why she called off her own wedding

Cris Villonco talks about ‘Hari ng Tondo’ and shares why she called off her own wedding. 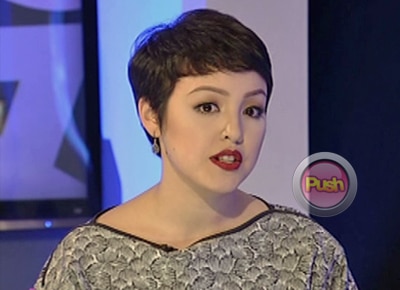 On Aquino and Abunda Tonight, Cinemalaya Best Supporting Actress Cris Villonco talked about how she called off her own wedding last year and how it was working with her uncle, director Carlitos Siguion-Reyna.
Cris shared how she came from a five-year relationship before she entered a whirlwind romance with “someone who offered (her) the world.” Cris said she gave it three months before she jumped into the relationship but, according to her, “wala pa rin e.”
Asked how she told her fiancé that she was calling off the wedding, all Cris had to say was, “it was a very very difficult conversation.” Cris said she also returned the ring and she tried to make the relationship work but “things did not happen the way it should have.”
Cris also shared how being a Siguion-Reyna entails pressure and how some people tell her, “you better be as good as your predecessors.” Cris also mentioned how tough it is having social media accounts such as Instagram and Facebook that would open oneself to public comments and scrutiny. A good thing about being a Siguion-Reyna though, which even the Queen of All Media Kris Aquino noticed in Cris, is having flawless skin.
Hari ng Tondo, for which she won Best Supporting Actress, was directed by her Uncle Carlitos. Cris said that Carlitos, who is known for being strict and his 36 takes, shot Hari ng Tondo for only “12 days and 18 takes.” She also said how he comes to the set prepared and “aral na aral niya ang mga shots niya at kung ano ang gagawin sa mga actors niya.”
The film, Cris revealed, is loosely based on her grandfather. Cris also shared how viewers will see “little tidbits” of herself in this movie.
Celebrity