Fabio Ide claims that it was his decision to keep his being a father a secret. 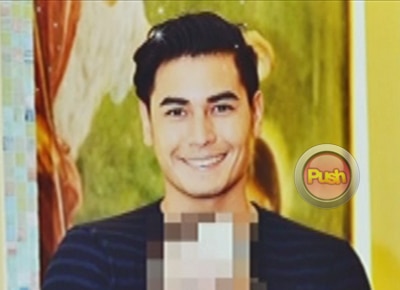 Finally ending months of speculations, Brazilian model-actor Fabio Ide has owned up to being the father of model Denisse Oca’s daughter via a post on his Instagram account on Tuesday afternoon.
Denisse, daughter of character actress Melissa Mendez, hogged the headlines early this year for reportedly being the third party that tore apart the relationship of Angel Locsin and Azkals member Phil Younghusband.
Last January, Melissa publicly sought Angel’s help to assist in ending the relentless bashing that her daughter was receiving over the rumor, something which the actress immediately responded to.
Meanwhile, Fabio admitted that he had his child with Denisse through a “casual encounter” they had over 14 months ago, prior to his meeting his current girlfriend.
“I later found out I got her pregnant and it was only in May this year that I found out I was a dad in a not ideal scenario but because of my upbringing and family values I chose to accept this child and support her no matter what,” he said adding that, “Sometimes life is not what you expect of it but it is always how we react to it and I chose to do the right thing.”
While he considers himself “blessed” for being a father, Fabio shared that keeping the fact that he has daughter for a few months was his personal decision and one that he only shared with “my family and friends who knew I was going through a tough time.”
He added, “There are many fatherless children out there and I refuse for my daughter to be one of them. I have been supporting my daughter from the start but I'm only opening up to the public now [because] it's such a sensitive issue.”
His secret was revealed over the weekend after Melissa posted the baptismal photos of her grandchild which had Fabio and Denisse standing as parents.
Fabio’s current girlfriend Michelle Pamintuan aired her disappointment over the release of the photos which Denisse posted on her Instagram account.
The model, for his part, condemned what Michelle did and even called them “hurtful” and “evil.” But he reiterated, “I also don't agree with Denisse for posting things online. This problems should be resolved at home with family and friends and not trough social media.”
Fabio noted that he’s “in the middle of a war zone while the only thing I wanted was to be happy, live with peace and be a good father.”
Despite the warring camps, Fabio underscored that he will certainly be taking on one side alone and that is his daughter’s side. “My daughter doesn't deserve any of this bullshit happening right now. If there is one side I will take is my daughter and as I promised myself I will give everything she needs from me as a dad,” he ended.
Celebrity