Push lists the showbiz highlights, lowlights, and sidelights of 2013

2013 may have been filled with controversies and breakups in showbiz, but it came with some bright spots as well. Push.com.ph lists down the highlights of local showbiz in 2013. 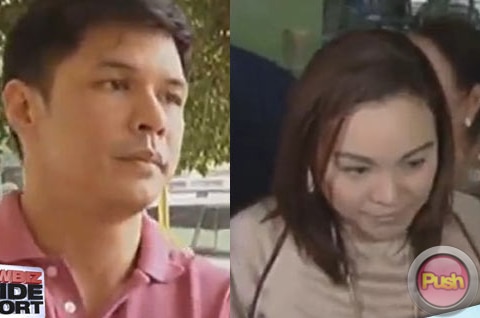 Perhaps the biggest feud in 2013 was the one between estranged couple Raymart Santiago and Claudine Barretto which led to the latter even filing a Temporary Protection Order against the former and even involving the other Barrettos.

The next feud once again involves Claudine, along with her parents Miguel and Inday, teamed up against her siblings Marjorie, JJ, and Gretchen after the three sided with Raymart by submitting their affidavits to corroborate the actor’s claims against his estranged wife.

Another equally controversial domestic feud that turned into a legal battle was between Cesar Montano and Sunshine Cruz who decided to part ways due to infidelity rumors involving the actor.

Apart from the couple and familial feuds, rifts among friends also ran abundant last 2013. Kim Chiu and Maja Salvador’s friendship suffered when Gerald Anderson became romantically with. To this day, the two are yet to reconcile.

Banana Split cast members and friends Melai Cantiveros and Angelica Panganiban made peace after a slight tiff due to the Angelica’s comment on Melai’s then fiancé Jason Francisco's capacity to support his family.

Meanwhile, Jason patched things up with John Prats after the former punched the dancer-actor after reportedly bullying Melai. It was a sad year for a lot of celebs who called it quits with their respective partners. The first breakup that shocked the public was between longtime couple Nikki Gil and Billy Crawford. While they initially refused to disclose the true reason for their split, a recent interview with Nikki somehow hinted that a third party was involved.

Last October, Honesto star Paulo Avelino revealed that he had also parted ways with the mother of his son Ethan Akio, LJ Reyes. The actor said it was a mutual decision.

Also last October sultry actress Cristine Reyes announced her breakup with hunky actor Derek Ramsay after only one month of being a couple citing the fact that they're better off as friends. Ending weeks of speculation, The Legal Wife star Angel Locsin and Azkals striker Phil Younghusband admitted that they had called it quits.

Roughly the same time as Angel and Phil's revelation was Minute to Win It's host Luis Manzano's announcement that he has also parted ways with girlfriend Jennylyn Mercado.

Perhaps the most controversial breakup of all was that of comedienne Ai-Ai de las Alas and businessman Jed Salang last May after almost a month of being married allegedly due to physical and verbal abuse by the latter. Gerald Anderson confirmed his romance with Maja Salvador in an interview with StarStudio. The two attended the annual Star Magic Ball together for the first time last September. The most controversial relationship of the year was that of iconic singer Freddie Aguilar and his 16-year-old girlfriend Jovi Gatdula. Their relationship drew a lot of flak due to the fact that Jovi is a minor. However, the two were unstoppable as they tied the knot via Muslim rites in Maguindanao last November.

Although they have been quite visibly attached to each other for quite a while now, Vic Sotto only publicly admitted his relationship with actress-TV host Pauleen Luna via a recent interview with Boy Abunda on Bandila. 2013 saw some celebrity sex scandals dominating the headlines. Neri Naig and Parokya ni Edgar frontman Chito Miranda’s intimate moments were revealed when the singer's hard drive was stolen from his room. An Instagram photo posted by Chito stirred Netizens due to its "Mr. And Mrs. Miranda" caption insinuating that they had tied the knot. (Chito’s reps later denied the report.) 2013 was especially difficult for couple Heart Evangelista and Senator Francis "Chiz" Escudero after the former's parents Rey and Cecille Ongpauco made public their disapproval of the lawmaker through a press conference.

In order to protect her son Bimby from the public, Queen of All Media Kris Aquino decided that she would quit showbiz last March following her filing of a temporary protection order (TPO) against her ex-husband, professional basketball player James Yap. Instead of completely leaving showbiz, Kris went abroad and took a time off with her sons.

The controversial news of the priority development assistance fund (PDAF) or pork barrel being misused by certain lawmakers didn't escape showbiz as it involved celebrities like Senator Bong Revilla Jr. and Senator Jinggoy Estrada, among others.

International singing sensation Charice admitted she was a lesbian last June in a tearful interview on The Buzz. She also admitted in the same report that her sexuality has estranged her from her brother and mother.

The bar meltdown of It's Showtime host Anne Curtis hogged headlines after she slapped John Lloyd Cruz and two other individuals and reportedly berated Kapamilya host Phoemela Baranda. Anne has since apologized to all concerned parties.

The Commission on Elections ordered some elected officials to temporarily vacate their posts over reported violations of rules on Statement of Contributions and Expenditures during the elections last May. Among those asked to leave their posts were former President and now Pampanga Rep. Gloria Macapagal-Arroyo, Batangas Gov. Vilma Santos-Recto, and Laguna Governor ER Ejercito, among others. All-time kontrabida Bella Flores passed away at the age of 84 last May as her health deteriorated ever since her hip surgery last 2012 following a fall. 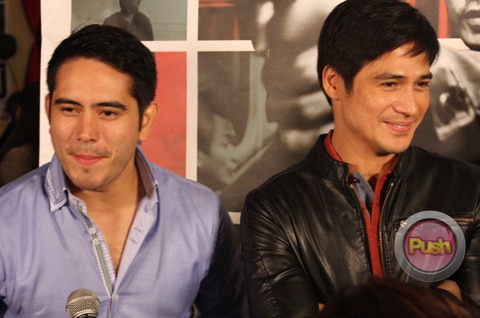 The film On The Job earned rave reviews at the Cannes Film Festival and has been optioned by Universal Pictures.