Jake Cuenca plans to try out for Azkals this 2014

Jake Cuenca reveals his plans to join the Azkals team this year. 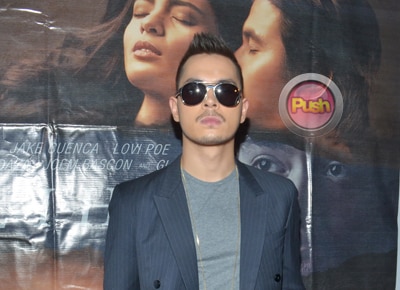 Kapamilya actor Jake Cuenca revealed that he plans to join the Azkals team this year. He relayed that he is giving his passion for football a shot this 2014, a sport which he learned when he was just five years old.

“I am looking forward to be trying out for Azkals. Pero it’s not the Azkals agad, step by step yan eh ang plano ko naman when it comes to football it’s like my career in showbiz. It starts from the bottom up. If I cannot do it now I won’t be able to do it. I’m not getting any younger. I feel that my game right now I think I have maybe when it comes to playing football, I think I have two good years.”

Is he leaving showbiz then? “No this is my bread and butter. If it comes down to it kung papapiliin ako, I love football, but this is my life and this is what makes me who I am. I built a name for myself in show business. Well, I equally have the same amount of passion and interest when it comes to football and showbiz pero definitely showbiz kasi ito ang buhay ko eh.”

But Jake shared that he won’t be committing to numerous amounts of projects this year. “I’m looking forward to having a little bit more time for myself. I think it will be more controlled in my part and in my management’s part. I won’t be doing mass amount of projects that I did [last 2013] so I’m going to pick quality over quantity.”

On acting, Jake remarked that he has definitely grown as an actor over the years. “Well definitely I’ve matured. You can do other workshops but nothing will really compare to experience, your time in front of the camera, the people you get to work with. I’m just lucky that I’ve been able to work with the best directors in the country parang that help me evolve so much, and I’m taking risks with different roles,” he said.