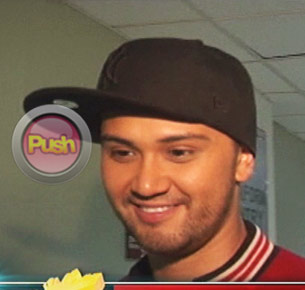 The year is seemingly off to a very interesting start as netizens went abuzz this week after several curious photos of Kapamilya hunks Enrique Gil and Billy Crawford went rounds online. What rather made the photos intriguing were not the stars themselves but the people who they’re with in them.

Enrique, who went to Japan with his family for a vacation, was seen in several photos with Bangs Garcia as posted by the actress herself thereby triggering speculations about them being an item.

On one photo, Bangs was seen posing with the King of the Gil star and his family at Tokyo Disneyland. While another set of photos came out with the two Kapamilya stars seemingly cozying up somewhere with other non-showbiz pals.

On other Instagram posts, Bangs shared that she was in Japan for a vacation with friends while Enrique is yet to post updates about his trip on his own account.

Both of them have been seen on the big screen together back in 2012 for the youth-oriented film The Reunion.
Bolstering the rumors of their alleged secret relationship yet again was the recent photo of Billy with his It’s Showtime co-host Coleen Garcia allegedly in the US.

A Buzz ng Bayan report on Sunday speculated that the photo of the two was supposedly taken while watching an NBA match between the Brooklyn Nets and the Milwaukee Bucks at the Barclays Center in New York City last December 27.
Like Bangs and Enrique, Billy and Coleen are also yet to comment on the matter.

While there were no photos about the trip in NYC on Coleen’s Instagram account, last January 2, she posted a photo of a frozen hot chocolate dessert with the hashtag “#serendipity” which coincidentally is a trademark offering of the famous dessert restaurant in the Big Apple.

It may be recalled that Coleen was among the several woman who have been dragged as the rumored third party on Billy’s breakup with Nikki Gil last year.

What further added fuel to the fire were the photos of the two supposedly extra close during an event in Bacolod late last year. Despite the photo, the two are consistent in denying that they are in a relationship.
Celebrity