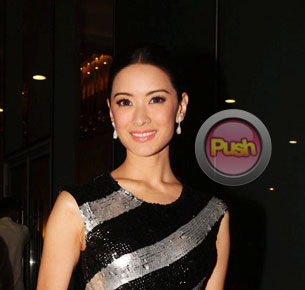 Maricar Reyes reveals that she and Richard Poon are slowly adjusting to married life.
Marriage truly isn’t the finish line. This was what Maricar Reyes realized two months since she has exchanged “I dos” with her husband, singer Richard Poon. “Okay naman, totoo talaga yung sinasabi nila na hindi siya ending. It really is a beginning of another phase na hindi siya always happy,” Maricar said in an exclusive interview with Push.com.ph recently.
Although it may seem like it, contrary to popular belief, their marriage isn’t all that perfect. “May away din pero yun nga it’s how you resolve problems,” she noted calmly.
She didn’t disclose whether it has become a source of their disagreement, but the 29-year-old stunner said that she discovered that her husband is apparently fond of getting up late. She said that the aforementioned trait is something that she only learned about now that they are already living together.
Although it’s pretty premature for them to be having major problems, Maricar nevertheless shared that “communication talaga” is the best way to resolve a problem.
“Parang a lot of fights happen because hindi tama yung pag-communicate. Like iba yung na-gets and people [tend to] assume. Like iba yung na-gets niya sa sinabi ko pero hindi naman yun yung ibig kong sabihin mga ganon,” she related of what usually happens between her and her husband.
Thankfully though, Maricar lauded Richard’s effective communicating skills.  “Buti na lang na magaling rin siyang mag-communicate. We discuss things para maging clear both sides,” she shared.
The couple tied the knot last June 9 via a private Christian wedding held at the Bellevue Hotel in Alabang which was attended by the couple’s close family and friends.
A particular family photo taken during the wedding posted by Richard’s sister, Eva Marie Poon, on her Facebook account made rounds over the web for a couple of days. The photo’s caption noted how much grateful they are in having Maricar as a new addition to their family. To this Maricar said, “I appreciate na ganon sila na they’re very welcoming family. They’re not difficult to be with. Sobrang friendly nila and I’m so happy they think highly of me because I also think highly of them.”
Prior to their relationship, Poon had not dated anyone from show business. Maricar, on the other hand, was embroiled in a sex scandal involving Hayden Kho.
Celebrity