Psychologist deems Chito Miranda's admission of the sex tape would soften up critics. 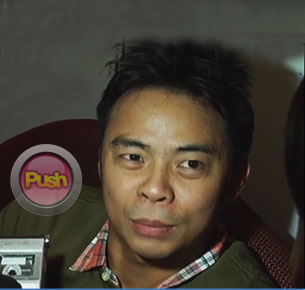 The once serene relationship of Parokya ni Edgar frontman Chito Miranda and actress Neri Naig has been recently marred by controversy due to the leakage of their sex tape online. At best they can learn from this experience. At worst, however, this could permanently damage their relationship, according to Dr. Maria Bernadette Arcena, an Adult Psychiatrist/Psychologist at St. Lukes Medical Center.

But Arcena told "The Buzz" during a taped interview aired on August 4 that Miranda's swift response to the incident had made all the difference.

Although they are the primary victims of this incident, Arcena underscored that the couple were not only the ones affected by it. Their respective families for instance might also endure second-hand embarrassment.

Although Miranda already claimed that his room was burglarized and that his hard drive supposedly containing the video was stolen along with other things, Arcena presupposed that blame-switching among them would prove to be inevitable at this point.

"Pwede ring maapektuhan ang kanilang relasyon. Siyempre, sino ba 'yung nagpalabas? There would be some blaming each other na issues," she said.

While theirs wasn't the first sex tape that leaked online involving two known celebrities, Arcena nevertheless offered an explanation why certain couples choose to tape this kind of intimate moment.

Secondly, she explained that doing such "... can give them more pleasure."