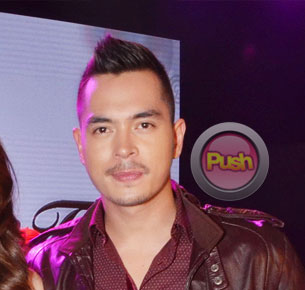 Jake Cuenca is very much out in the market right now, especially after confirming that he’s already in the process of moving on from his failed romance with sultry actress Lovi Poe. Although no formal admission came from both parties as to the real score between them, Jake confessed to being sad that their romance didn’t flourish. But, all that is behind him now.
“Siyempre nakakalungkot kasi every time naman na something doesn’t push through eh nakakalungkot but the best thing that you can do is move on and that is what I’m doing,” said Cuenca during the ABS-CBN Trade Event held at One Esplanade, Pasay last August 6.
In November 2012, Jake confessed his true feelings for Lovi on national TV. However, Lovi, for her part has been consistent in saying that while they “go out a lot” they are not in a relationship and merely tagging Jake as “sobrang mabait” and “very sweet.”
Without getting into the nitty-gritty, Jake reiterated that “maganda naman yung naging pag-uusap namin [ni Lovi] eh.” For now, he’s very grateful that he has a lot of projects to be busy with.
Jake along with Jessy Mendiola and Jason Abalos will be back on TV in the upcoming local remake of the iconic teleserye Maria Mercedes.
Celebrity