Andi Eigenmann refutes speculations that she tried to get back together with ex-boyfriend Jake Ejercito. 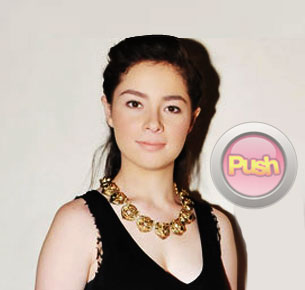 Fresh from her trip to London, Andi Eigenmann was surprised to learn that some people had the impression that she went there to patch things up with ex-boyfriend Jake Ejercito, who’s currently based in the said country. You would recall that the two broke up late last year when it became known that Jake’s mom disapproves of their relationship. “Can I just explain that there’s no truth to the people’s assumptions about me going to London to get back with Jake. First of all, Jake doesn’t own London and Jake isn’t equal to London. I think it’s pretty obvious I also have my own earnings and can afford to pay for a ticket on my own. Which is exactly why I managed to fly there and go on vacation. Hope people wouldn’t make such a big deal about me,” she explained in a series of posts via her official Twitter account.
Although she had been vocal about wanting to fight for their relationship before, Andi stressed that she won’t force herself to someone who’s not ready to accept her as a person.  “I get it, I’m not good enough for their son and maybe I never will be. And I’m not gonna force otherwise, because I am better than this. Jake and I haven’t been together since last year and though it broke my heart, I was strong enough to accept that it just cannot be.”
At this point, Andi hopes that people wouldn’t be quick to make judgments about her just because of her past mistakes; and that she’s trying her best to move on with her life now. “I just don’t understand why after I lost him, I still have to keep suffering from peoples judgments and accusations.”
Celebrity