John Lloyd Cruz tells Sarah Geronimo that she can count on him as one of her confidantes; reveals that he'd like to do a sitcom with her. 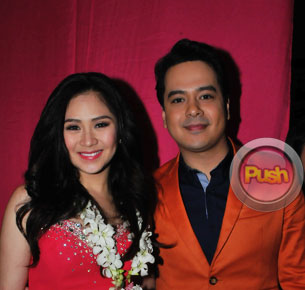