Yeng Constantino says that she's a rock star who has come to embrace and enjoy various music very different from her genre. 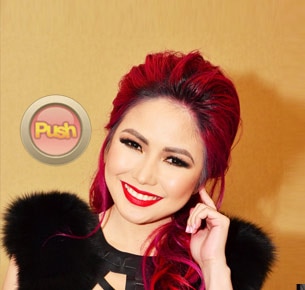 While she initially thought that birthday concerts were not her thing, it seemed only fitting for Yeng Constantino, the country’s rock star princess, to cap off her 2013 with yet another life-changing moment by holding her first ever birthday concert titled Plugged In at SM Aura’s Samsung Hall last November 30.
Yeng, who has been known for her own brand of rock songs, showcased another side of herself during the concert. Explaining that the songs she would be performing were those that added color to certain phases of her life, Yeng kicked off the trip down the memory lane that night by singing her favorite local singing contest pieces such as Shirley Bassey hits like “This is my Life” and “The Greatest Performance of My Life.”
Yeng grew listening to pop songs, which she unapologetically shared that she enjoyed listening to much to a lot of her fans’ surprise. Among them were the LeAnn Rimes hits like “Can’t Fight the Moonlight,” “How Do I Live,” and “You Light Up My Life” as well as ‘90s hits like “Baby One More Time” by Britney Spears, “Fighter” by Christina Aguilera and “Independent Woman’ by Destiny’s Child, which got the audience singing along with her.
What steered her to love rock songs was, what she called her “angst-dominated teenage phase,” which began when she heard Alanis Morissette’s “You Oughta Know,” which she rocked during that night.
Other than her own performances, another highlight of her concert were her guests, composed of her idol Rico Blanco with whom she shared the stage with for “You'll Be Safe Here,” “Umaaraw Umuulan,” and “Your Universe.”
Acoustic heartthrob Sam Milby, Yeng’s close friend and co-Cornerstone talent, also performed at the concert, as well as her project band SESA.
Relating to the members of the press during a post-concert interview that her love life was also a huge part of her being a rock star and that she’s not one to keep secrets from her fans, Yeng also had her boyfriend, Yan Asuncion perform with her onstage in what could be ranked as the most endearing performance of the night to the tune of her song “Pag-ibig.”
More than celebrating her birthday in advance (her birthday is actually December 4, days ahead of the concert), Plugged In was a fund-raising event intended to help the victims of super typhoon Yolanda and the Right Start Foundation. Yeng offered a couple of songs to boost the morale of the beneficiaries of her concert, namely Katy Perry’s “Roar” and Coldplay’s “Yellow.”
Yeng became emotional however when she dedicated Chiqui Pineda’s “How Did You Know” to the men behind the Academy of Rock (AoR) who spearheaded and graced her concert. The tears, she explained during the interview, were brought about by the overwhelming support and trust that the AoR team has given her which eventually opened other doors for her.
Yeng also performed her first ever international single “Better Than Yesterday” during the concert, together with Singaporean Sheikh Haikel, who flew into the country to share the stage with her.
As a tribute to her fans who have supported her ever since she emerged as the Grand Star Dreamer on Pinoy Dream Academy some seven years back, Yeng performed her hits “Hawak Kamay,” “Chinito,” and her finale song “Salamat,” which pretty much summed up what she felt over the outpour of blessings that have come her way this 2013.
Celebrity