Anne Curtis confirms, apologizes for 'misbehaving' in a club

Anne Curtis on the latest controversy she's embroiled in: 'As you all see, I'm just like any other person that makes mistakes in life' 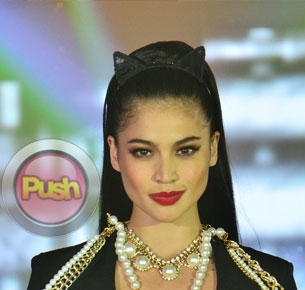 Just before things could go out of hand, Kapamilya star Anne Curtis took to her Twitter account on Sunday to address the recent expose about her reported unruly behavior in a club in The Fort recently.
According to a PEP report published also on Sunday, a drunk Anne slapped her co-Kapamilya star John Lloyd Cruz as well as two others and berated Kapamilya host-model Phoemela Barranda.
The incident, according to the report, began when the intoxicated and miffed It’s Showtime host came out of the restroom shouting “who’s banging my door?” which then led to a series of events quick which included slapping John Lloyd and calling him an “addict” as well as two individuals.
After which the report said Anne then turned to Phoemela, who was seated nearby, then screamed and pointed a finger at her and said, “You, what are you doing here?” The article also said she braggingly yelled to Phoemela “I can buy you, your friends, and this club!”
The Fil-Australian actress, in an effort to do things “the right way” has owned up to her behavior that night.
“For those who have read about the issue, yes, most of it is true. I admit to that & I have apologized to all parties included immediately,” confirmed Anne.
In her tweets, Anne hinted that her actions was prompted by another individual, whom she refused to name because she’s “not the type to ruin someone else's name.”
“When I was told of my behavior AND the person who started all of this, due to this person’s inappropriate behavior, apologized to me too. Just as I did. Which I accepted too,” said Anne, who also refused to go into the detail of what truly happened that night that she attended her best friend’s bachelorette party.
Ultimately though, Anne attributed the “unfortunate events” to having one too many drinks.
“That's why they say 'Drink in moderation'. I will charge it to experience & a lesson learned,” wrote Anne.
After vaguely explaining her side of the story, Anne then apologized to her 5.7 million Twitter followers for the incident.
“I'm sorry if I let any of my fans down.... As you all see, I'm just like any other person that makes mistakes in life,” she said.
To those who have supported her through this controversy, Anne’s simple message was: “Thank you to everyone that has messaged me about their support. With where I am today I owe all of you my honesty. Good night.”
Celebrity