Erik Santos's concert 'InTENse' proves why he has lasted for 10 years in the business. 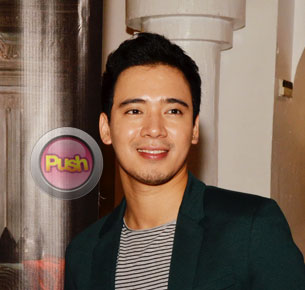 Prince of Pop Erik Santos held a concert at the PICC Plenary Hall last Saturday, November 9, for his one-night-only 10th anniversary concert. Titled InTENse, the concert showcased the same intense passion and hunger for innovation that Erik has and continues to thrive on in his decade-long presence in the business.
Setting the mood that night was the shadow dance performance of El Gamma Penumbra who opened the show with a dreamy flashback of his humble beginnings as a budding singer stumbling from one local fiesta singing contest and audition to another.
Erik performed his lengthiest concert to date—spanning almost three-and-a-half hours—for his fans.
While he is known for his ballads made into teleserye theme songs, Erik made sure that there was something for all types of listeners as he did mash ups and covers of international pop songs like Nicki Minaj’s “Fly” and R. Kelly’s “I Believe I Can Fly” and Christina Perri’s “A Thousand Years” and Britney Spears’s “Oops I Did It Again” and then a bunch of songs from internationally-acclaimed Broadway musical Les Miserables, which he said was one of his personal favorites.
The King of Teleserye Theme Songs likewise treated the audience to a trip down the memory lane as he performed the theme songs that he sang for blockbuster movies such as Now That I Have You, I Miss You Like Crazy and One More Chance as well as for the past top-rating Kapamilya soaps like May Bukas Pa, Maging Sino Ka Man, Muling Buksan ang Puso, Ina Kapatid Anak. He also sang his very own hits like “Muling Tanggapin,” “Kung Akin Ang Mundo, and “Magpahanggang Wakas,” among others.
Certain portions of the almost three-and-a-half hour show really caught the attention of the audience. The first one was when Erik displayed his acting prowess via snippets of movie scenes where he took on the role of John Lloyd Cruz opposite Bea Alonzo.
Another segment had his friends and celebrity guest performers reveal trivia about Erik and his personality offstage.
Guest Pops Fernandez proved that she could still sizzle as the Concert Queen when she performed a mash-up of dance tunes such as Jessie J’s “Domino,” “Laserlight” and LMFAO’s “Shots.” Yeng Constantino and Angeline Quinto did an intense cover of Celine Dion’s “It’s All Coming Back To Me Now” and Meat Loaf’s “I Would Do Anything For Love (But I Won’t Do That).” Asia’s Songbird Regine Velasquez did a duet with Erik on her hit “Pangarap Ko Ang Ibigin Ka.”
While most his guests were there to perform, some of them just dropped by to add color to the night by engaging Erik in funny banter, like Frenchie Dy and much to the fans shock and delight, Piolo Pascual.
What could have been the most interesting part of the concert was when Erik’s ex-girlfriend Rufa Mae Quinto and Comedy Concert Queen Ai-Ai de las Alas took the stage as they exchanged a lot of inside jokes and stories which elicited loud guffaws from the audience.
Erik wrapped up the show by performing his signature Star in a Million winning piece, “This is the Moment.”
Celebrity