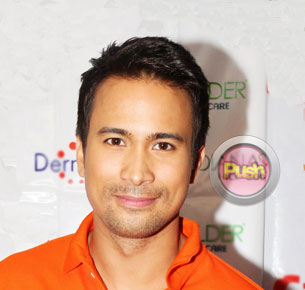 Sam Milby revealed that it’s Jessy Mendiola’s simplicity that captivated his heart. “She’s someone that I always admire [for] her beauty. ‘Yung tipong wala siyang makeup, natural beauty siya and the fact that before I saw her on TV, hindi siya maarte, parang hindi niya kailangan glamorous lagi. I like simplicity eh in a girl and she’s just a simple girl, simple na she dresses sporty and outgoing,” he said.
Sam also admitted he admires Jessy’s commitment to her family and that’s why he also fell for her. “You know when I got to know her more, the way she handles her family, she takes care of them, she’s the breadwinner, marami siyang responsibilidad even at an early age and ‘yun nga her passion to take care of her family that’s what I appreciate about her.”
The actor admitted that they are still on the getting-to-know-each-other stage and he truly understands that Jessy’s main priority is her work. ”Actually kasi kami we’re still in that getting-to-know stage kasi early pa talaga eh and actually nong sinabi ko na nililigawan ko siya it was the very early stage of getting to know each other, siguro mga ilang weeks lang, two weeks pa lang eh so you know we’re still at such an early stage of getting to know each other so I’m seeing a lot of nice things about her. Kakalabas lang ng Maria Mercedes and she’s very focused on her work right now and you know it’s something that I respect so much.”
Sam said he is fully aware that Jessy is also being courted by Jake Cuenca. The actor said he is not bothered though and he believes that if he is really meant for Jessy, they would end up together. “In any courtship you make your efforts, you hope for the best, if it doesn’t happen to be me then ibig sabihin we’re not meant for each other. I will take it positively. If we’re not meant for each other I’m sure the right person will come along the way. I’m kind of a hopeless romantic guy and I believe that if you’re really meant to be with one another, then you will end up together,” he said.
But is he confident that Jessy’s going to choose him over Jake? “Every guy has his own way of courtship and I’m doing my own way of courtship and I know that the other guy who is courting her is doing his ways and kung sino ang pinaka-swak sa kanya then siguro ‘yun ‘yung pipiliin niya.”
Celebrity