Dingdong Dantes says that Bea Alonzo is one of the nicest celebrities in the industry. 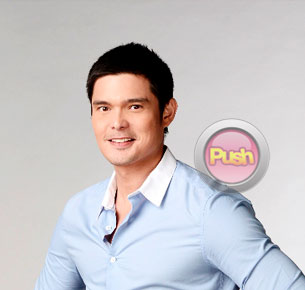 When asked if what was his impression of Bea Alonzo before they even got to work in “She’s the One,” Dingdong Dantes relayed that he always assumed Bea as one of the nicest people in the industry. “Expectation ko na kung ano ang nakikita ko sa kanya onscreen, na parang feeling ko kasi sa tuwing nakikita ko siya onscreen parang feeling ko siguro napakabait niya, that’s how I feel whenever I watch her.”

True enough, when they started working together for the movie, Dingdong was able to prove how kind-hearted the actress is. “Nong makilala ko siya parang walang pinagkaiba na what you see is what you get at nakita ko talaga how nice she is as a person, na walang pretention, walang put-ups, talagang she's genuinely nice,” he said.

Having starred in various movies already, Dingdong shared that “She’s the One” is one of the movies he truly appreciates because he believes a lot of people could relate to it. “I like it because it’s not much different, kumbaga, gusto ko siya, na appreciate ko siya because it can happen to everyone, na makaka-relate ang karamihan kasi it’s a story about friendship, it’s a story about second chances, it’s a story about love, so siyempre hangga’t maaari we want to keep the subject matter as relatable as possible kaya maganda siya kasi sobrang dami ang makaka-relate dito.”